Tax, privacy and fiber could give the Emerald Isle an edge in the competition for data center business

There’s a data center boom in Ireland, with web giants building and expanding there, while the country has been the focus of political issues including privacy and taxes. But the Irish hosting industry wants more, and there is even talk of physically routing around the United Kingdom.

The Irish data center sector is predicted to attract €3.7 billion in investment over the next several years. Recently annouced projects include data centers for Facebook and Apple, with expansions from Google and Amazon, but smaller US companies are still reluctant to host their data in Ireland, with 80 percent of the 1300 US companies operating in the country still not keeping data there, according to the Host in Ireland industry group.

That may change thanks to the collapse of the Safe Harbor agreement, which used to allow firms to store data in the US despite the requirements of European privacy rules.There are plenty of other straws in the wind, including tax rules and new fiber connections, with an underlying question of what data centers and hosting will actually do for the economy, according to an event in Dublin this week, entitled Why Host In Ireland. 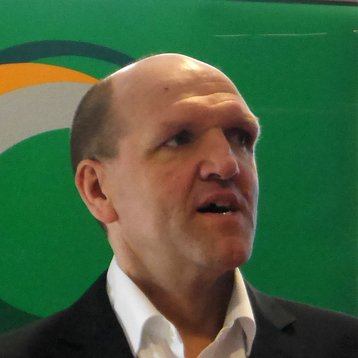 Data is the new oil?

“There’s a cliché that says data is the new oil,” said  Garry Connolly, president of Host In Ireland. “Are we saying that Ireland is the best place for the barrels?”

There is a lot more to it than that, he added, with economic multipliers creating jobs which extend far beyond the construction and operation of data centers. Why Host In Ireland was co-located with Data Centres Ireland, a trade show displaying some of those other parts of the ecosystem.

The trickle-down benefits of giants such as Amazon building bit-barns may be proportionally lesser than those from SMEs and firms moving into colocation spaces, said Nicola Hayes of Andrasta Consulting.

However, those big players do encourage smaller players to use local data centers, countered Donough Roche, vice president of sales engineering at Digital Realty: “It puts Ireland in the spotlight, and others cluster round the cloud.”

Digital Realty’s Profile Park Tier III data center is doing good business, said Roche: “At a European level, there is a competition between countries,” he said, and Digital Realty chose Ireland for big investments because of operational knowhow and other factors.

A more recent factor is privacy, and Ireland has been at the center of recent events. Austrian privacy campaigner Max Schrems took Facebook to the European Court of Justice in a case that started in Ireland, and this resulted in the collapse of the Safe Harbor agreement - potentially boosting local data center markets as data is repatriated to keep it safe(r) form US government snooping.

Safe Harbor fell apart partly as a result of the revelations by Edward Snowden, which showed the extent of personal data access enjoyed by the US National Security Agency, and the realization that US law could give agencies there access to European data without any consultation.

“There is a silver lining,” said lawyer Andreas Carneyi, senior associate at Matheson’s IT and commercial contracts group, who predicted that multinationals - including smaller firms - would increasingly keep European data in Europe.

But there could be more to come, he warned. Safe Harbor only covered some transfers to the US, and European privacy regulators might now turn their attention to others. 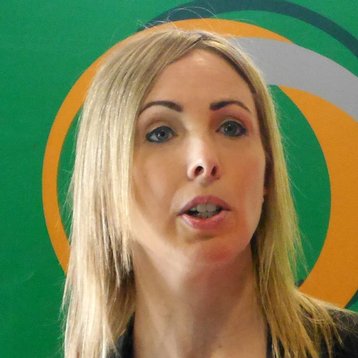 The underlying reason for the clash is a difference in culture, said Helen Dixon, Ireland’s Data Protection Commissioner. Privacy is handled as a consumer right, in the US, with the Federal Trade Commission (FTC) in charge, she said, while in Europe, it’s a human right and cases like Schrems’ can go all the way to the European Court of Justice.

With the debris of Safe Harbor still settling, she had little to say on that subject, but she took questions on her role in repairing the reputation of Ireland’s data protection regime.

Until last year, Ireland’s Data Protection Authority was seen as a soft touch and became a “one-stop-shop” for anyone wanting an easy ride on privacy. An Irish government decentralization policy had put it above a supermarket 100km from Dublin, with a staff of 29.

It’s now had its budget doubled, begun a hiring spree and opened a Dublin office, but Dixon says she is not getting confrontational, but getting “engaged” in discussion: “Others regulate from behind a wall. It’s much better to avert issues before they arise.” The Irish hosting community see this as a competitive advantage for Ireland.

The changes wrought by fiber provision to Ireland are likely to be profound, as new transatlantic cables arriving in the west coast potentially shift Ireland’s status in the world of communications networks - and incidentally move the country’s digital center of gravity somewhat Westward, away from Dublin.

With the Hibernia cables up and running and Aquacomms laying the AEconnect cable (formerly known as the Emerald Express), Ireland is starting to look for a more central role in telecoms networks, and hinting that Britain’s networks might have too many bottlenecks.

Irish companies are even trying to physically route around Great Britain, in the name of international resilience.

“People want physical route diversity,” said Douglas Cunningham, CEO of Ireland-France, an ambitious scheme to lay a resilient buried cable along a 565km route from Ireland, along the English Channel, to France. “It’s power as much as fiber,” he said, explaining that in his view, the United Kingdom has too many resources concentrated in Slough and London’s Docklands. European Internet connectivity could be seriously hampered by a big flood, or failure (or sabotage) at a few power substations, he said.

Finally, Ireland’s tax regime has been praised and criticized. Following calls for corporations to pay more tax, after the financial crisis, the country has been updating its corporate tax strategy and changing from being an outright tax haven. Now it is a place where companies are happy to pay a sensible tax rate (12.5 percent), and to put down proper roots and access the local talent and infrastructure, said Joe Duffy, partner at Matheson’s tax group.

In 2014, Ireland ended the “double Irish” tax regime whereby companies could incorporate there to pay no tax on profits earned elsewhere. ”Ireland is aligning profit with value creation,” said Duffy - even if it no longer offers the lowest tax rate.

Could all this add up to a serious bid for pre-eminence in Europe’s data center markets? It’s a seriuous possibility.