Thailand has a plan to make government data centers more efficient. How’s it coming along? 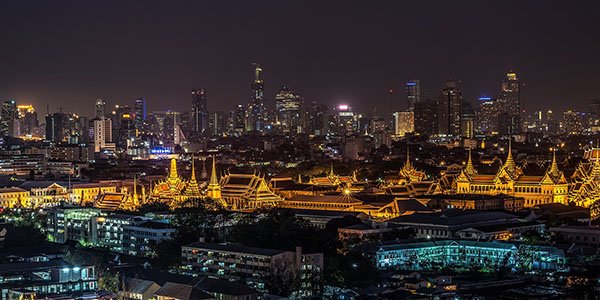 Thailand needs digital transformation, and to succeed, government agencies must get their act together and stop wasting IT resources, according to Adisak Srinakarin, an outspoken executive vice president of Thailand’s Electronic Government Agency (EGA).

Speaking to DCD, the former software engineer with a Ph.D. in machine learning shared his thoughts on the importance of a transparent, big picture approach when it came to IT systems, powered by non-proprietary software that integrates well across the government. 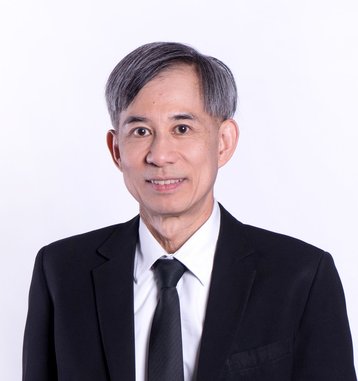 Thailand 4.0 is something the country needs, Srinakarin said, when quizzed about the sector-specific industrial policy unveiled in 2016. However, other pieces of the puzzle are required before genuine innovation can happen. This includes improving the data centers in the country, and changing the way software is developed within the government, he said.

At the moment, a government agency will typically define its requirements and assign an external firm to the project. The development is often done in a segregated fashion with little or no consideration of how the finished product integrates with the software used by other government departments.

Some agencies may also attempt to take on IT projects themselves, despite not having the manpower or capability to execute, and predictably failing months or years later: “Thailand needs to face the truth. If we can’t do it, we’ve got to find people to do it. Don’t just try and repeat the same mistakes, spend the money [and] waste [everyone’s] time.”

The way to successful digital transformation, according to Srinakarin, is for agencies such as the EGA to take the lead with IT initiatives: “We need [some] agencies to be the leader of the transformation, and those agencies must be able to lead through examples. Just [drawing up] some plans and talking about it is just not enough.”

“I think that we need leadership, who can also be an agent of change [that is] capable of demonstrating with examples – real development examples,” he said. On that front, Srinakarin envisions the EGA as a leader, with the ability to execute development projects “faster, better, and cheaper.”

And the agency must plan and act quickly, whether in terms of office automation, data centers or cloud computing. The objective isn’t to give EGA a monopoly on innovation, but to get the ball rolling: “I believe there are a few agencies or ministries who would like to take up these projects. I myself support [inter-agency] competition in the government.”

Srinakarin is against proprietary systems operated as black boxes. He thinks agencies should control the development lifecycles and retain the ability to make improvements over time, given that modern software development is not a one-time process, but an iterative one.

“We will try to eliminate vendor lock-in – it is a big problem for government developments. If [vendors] have lock-in, then we are [done for]. That is one of the problems that EGA is going to solve,” he said. This philosophy explains why the EGA is happy to use open source software; it is set to become the first government agency in Thailand to utilize OpenStack for cloud computing, he told DCD.

Srinakarin was quick to note that the government does not intend to do everything on its own, but merely to act as a trailblazer, demonstrating the possibilities of digital transformation. Indeed, he is aware that a blend of efforts by government agencies and the private sector is needed to make his dreams a reality.

“Do not think that EGA is trying to control the project. We are going to expand it to the private sector. But first, we want to show that this is going to work. And this will be expanded many-fold [over the years],” he said.

“Thailand is a big country. [The EGA is] not going to do everything, but we want to show that there are some things that we can do better – I want the private sector to follow.” The alternative would be a reversion back to the previous cycles of siloed bidding and development work, which Srinakarin is adamant is “not going to work.”

“And after they realize that doing this transformation and development in digital transformation is going to work, [the government is] going to put a lot more money into it with confidence. And all the private sector is going to enjoy doing business with us.

“We want to offer [more] advanced features about cloud computing to the government, or government customers who want to access our services.”

Data center and cloud providers seeking to collaborate with the government may want to ensure that they meet the appropriate standards, and to plan for rapid expansion. According to Srinakarin, the government is open to buying an entire data center for its needs, though it will not shortlist sub-par facilities.

“The government will not use or buy a data center that has no standards,” he said, ticking off data center standards from Uptime Institute, Cloud Security Alliance and the International Organization for Standardization (ISO) as examples. “We have experience with those standards, we know how it [works]. If the private sector wants to present themselves as a choice to us, they must be at least equal or better to what we can do; you have to be competitive.”

How does Srinakarin intend to make this new digital push work, considering the long trail of failed public sector digital projects? He is the first to admit that the barriers aren’t always technical: “I went to a lot of meetings, and some of them are not about technical problems.”

He has a simple strategy that he is confident will work: “Open discussion and transparency. Look at the problems and classify them clearly. Is it a technical or political problem, or an internal regulatory issue?” Nobody benefits from not solving or changing these problems, he said: “Talk it through.”

For now, the EGA is certainly in a position to bring the stakeholders to the table: it now reports directly to the Prime Minister’s office. Srinakarin also shared that the EGA will be changing its name to the “Digital Government Development Agency” in the next few weeks, reflecting its status as the harbinger of change within the government.

“We are working very hard talking about our roles, and how much authority and budget we are going to need,” he said.

Find out how to support Thailand’s 4.0 Digital Agenda by addressing Colocation & Cloud challenges and protecting your infrastructure from Cyber-physical attacks at DCD>Indochina (Bangkok) on February 13. This conference gathers 350 key contributors across the IT stack and features more than 20 local & international speakers from Uptime Institute, Burst Myanmar, Billme and more.

For additional information on the multi-track conference program and the expo, visit: http://dcd.events/conferences/bangkok-2018