Power to the 5G people

Mission critical devices, applications and services in healthcare, transportation, utilities and manufacturing will gradually come to depend on resilient 5G network connectivity for their continuous operation over the next five years.

But if telcos and mobile network operators (MNOs) are to make sure that their 5G infrastructure remains resilient and immune to disruption from electricity outages, they will have to implement new approaches to power distribution and management which ensures that sufficient energy is available and associated costs don’t spiral out of control.

Some estimates suggest that energy costs for existing 4G LTE networks could double for 5G infrastructure that needs to provide the same coverage in an equivalent sized area. In addition, the Edge compute facilities being implemented to support localized data storage and processing in support of latency-sensitive 5G applications and IoT use cases will put further strain on available power supplies. 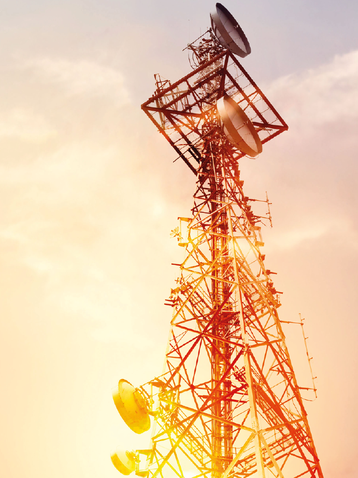 Figures from MTN Consulting estimate that telcos already spend around six percent of their operating expenditure (excluding depreciation and amortization) for 4G networks on energy costs. In its report - “Operators facing power cost crunch” - the company estimates that a typical 5G base station consumes almost double the power of a 4G equivalent, and may triple that overhead because transmitting data at higher frequencies demands additional antennae and a dense layer of small cell modules (up to 800,000 in the US alone by 2025 according to some estimates). The beamforming technology used by multiple input multiple output (MIMO) active antennae units (AAUs) relies on integrating multiple radio circuits, the combination of which can use more than 1kW of power in a single unit.

Based on its implementation experience with Chinese MNOs, telecommunications equipment supplier Huawei estimates that a typical 5G site needs around 11.5Kw of power, around 70 percent more than a 2G/3G/4G base station providing a similar level of coverage. Such was its concern that late last year [2019] China Mobile asked the country’s provincial governments for electricity pricing subsidies to help it bear that extra cost and accelerate 5G rollouts.

A survey conducted by Vertiv and 451 Research in 2019 found that 90 percent of MNOs around the world are worried about rising energy costs. Many of those operators are now taking active steps to use renewable energy in tandem with company commitments to reduce their carbon footprint to combat climate change. T-Mobile USA for example has pledged to use 100 percent renewable energy across its entire business by 2021, with Vodafone promising the same for 2025. Telefónica and Verizon have said they will use renewable electricity to supply 50 percent of their power by 2020 and 2025 respectively.

Telecommunications equipment manufacturers have been aware of the potential power usage problem caused by greater network densification for some time and have subsequently designed 5G hardware to be as energy efficient as possible. The 5G NR standard was specified to cut energy consumption by up to 90 percent compared to 5G for example, by enabling idle networks with low or no signal traffic to operate in sleep mode until they are required. Research undertaken by the Institute of Electronic and Electrical Engineers (IEEE) estimates that increasing the capacity of existing 4G LTE networks with additional NR micro cells can reduce power consumption by close to 50 percent compared with 4G equivalents.

Elsewhere Nokia has increased the power amplifier efficiency of its hardware to the extent that a 5G small cell with a radio frequency (RF) level equivalent to a macro base station can be run on 90-200W, while still giving a radius of operation of up to 90km if the right antennae are deployed at the right height.

Network slicing gives MNOs the option of building multiple virtual networks on top of shared physical infrastructure to minimize the need for them to build out their own for example. Energy-efficient resource allocation is expected to increase data rates by 1000x whilst halving power consumption, delivering a 2000x increase of the bit-per-joule energy efficiency rating. In general, energy consumption per unit of data (watt/bit) is much less for 5G for 4G, but due to the much larger bandwidth on offer overall power consumption is still much higher.

Many 5G antennae are also small enough to be powered by batteries, a trend that brings all sorts of different energy resources into play, including solar, wind and fuel cell power. That increased miniaturization enables the development of portable base stations, in some cases no bigger than a rucksack, which can be set up in an emergency or network failure to deliver coverage over several miles. There have even been moves to attach miniature base stations onto drones and balloons which can be tethered to vehicle batteries to maintain power supply for a long period of time during any outage.

But perhaps the real innovation lies in using software-defined architecture at the network edge to replace power hungry hardware which connects 5G base stations and micro sites into core telecommunications backbones. Switching and routing functions that used to be processed in physical appliances will gradually move into virtual network functions (VNFs) hosted in servers which have been specifically designed for rugged environments and locations with limited power availability.

The same technology is being applied to a new generation of distributed data centers that will help deliver the low network latencies and application performance which 5G end users will soon start to demand at scale. That is particularly so for innovative use cases like virtual (VR) and augmented reality (AR), online gaming and electronic sports (eSports) participation from mobile devices, but also vast quantities of connected IoT devices which need to filter and feed information back to their source in near real time.

To meet those requirements, Edge compute nodes will store and process data closer to the end users and devices themselves rather than in super scale centralized hosting facilities. Effectively acting as micro data centers and often housed in remote locations, they will need to rely on network, server and storage architecture which is as power efficient as possible to maintain resilience – including smart power management, remote monitoring, building lighting and uninterrupted power supplies.

Ironically 5G networks and connected IoT devices themselves could help prevent the very power outages which might cripple them by monitoring and managing “smart grids” to help deliver power more efficiently. Even so the greater the extent that industries like manufacturing, retail, healthcare and transportation come to rely on 5G, the greater the economic disruption in the event of power outages or blackouts, due either to human activity or natural disasters. That leaves telcos to make decisions now on how best to protect their 5G architecture from power outages in the future as the associated loads gradually increase over time.