Indonesia is growing fast, Thailand and Malaysia are playing catch up

Consumers in Southeast Asia are spending a more of their money online, and the growth is incredibly rapid. The amount spent each year by the average Asian digital consumer is expected to triple by 2025, going from a figure of US$125 in 2018, to US$390 in 2025 according to a Business Times report. And the actual growth in total online spend is even faster than that implies, because there are still more users coming online: the total number of digital consumers is expected to go up from 250 million online to 310 million in the same period.

Regular readers of DCD will already know what that implies: a surge in demand for data centers in the region to support a huge increase in online transactions. We have seen that so far Singapore has the lion’s share of the data center sector, but cloud and hyperscale providers are now increasing their footprint across the region. 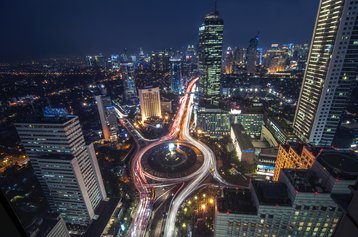 As Indonesia is the biggest economy in Southeast Asia, you don't have to be a genius to predict that Indonesia will partake of this growth, and we have been hearing for several years about the data center boom there. Darren Hawkins, CEO of data center builder SpaceDC has been telling us about it since before his company changed its name from Polymer Connected in September 2018.

“With 5G expanding and the younger population coming of age, Indonesia will see the greatest growth to date. Companies like TikTok and trends that we haven’t even heard of yet will emerge in Indonesia," said Hawkins, asserting that the company is "poised to produce more unicorns, given the vibrant start-up community and opportunity for innovation.”

When it rebranded, SpaceDC announced details of a data center campus it is building at Jakarta Barat, Indonesia: “Initial growth will come from Chinese and the US. This will mainly be from cloud and OTT [over-the-top] providers. Near the end of the five years, the top growth will come from Indonesian companies as they will be heavy adopters of new tech.”

In 2018, the Palapa Ring Project was completed - an ambitious high-speed subsea network deployment spanning 12,000 kilometers to serve as Indonesia's national backbone, as a catalyst for rapid growth. With better cross-country connectivity, local data centers will gain a tangible advantage to reach a huge population of more than 260 million.

Telkom Indonesia executive Andreuw Th.A.F says this is a key development, and he should know. He once ran an Indonesian business data center for Telkom's Telkomsigma subsidiary of Telkom Indonesia, before his current posting as CEO of Telkom's Telin Singapore business.

Like any other high-growth area, Indonesia has a shortage of staff trained in data center operations. Hawkins wants governments and education institutions to work together to develop the next generation of data center professionals. He also hopes automation can reduce number of staff he needs - as well as improving power consumption. 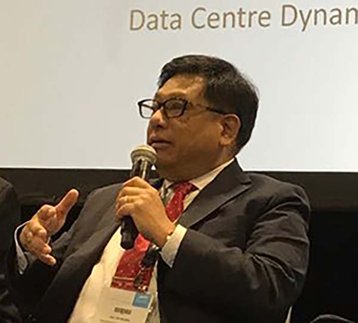 Thailand is getting ready

Meanwhile, Thailand is preparing for a big buildout due to start in 2020, and the big surge won't happen until the years between 2022 and 2025, says Wong Kavin, managing director of data center developer DC1st. The catalyst will be the imminent arrival of global cloud brands in Thailand by 2022, as well as organic demand for data capacity in the country.

The process started when Singapore-based ST Telemedia Global Data Centres (STT GDC) and Frasers Property (Thailand) Public Company Limited (FPT) started building a hyperscale data center in 2019. With a gross floor area of 60,000 sq m and 40MW of power, the data center is touted as the largest hyperscale facility in the country.

On the flip side, the network infrastructure in Thailand is closed and relatively weak, says Wong, especially when it comes to international connectivity. To succeed, he suggested that Thailand look at the positive impact of deregulation in Singapore and Indonesia, and do the same at home: “[Incumbent telecoms providers] became strong, more efficient and grew their market presence both in their home country and abroad.”

A more challenging aspect is the need for market behavior to change, however. A change in mindset is needed for Thai businesses to outsource their on-premises deployments to colocation data centers, allowing them to benefit from the greater reliability inherent to the latter. Cyber security risks are also a clear and present danger, and must be adequately addressed, says Wong.

Malaysia is working on it

While Malaysia has long set its sights on being a data center hub, no new major data center-centric policies have been announced in recent years. However, the new Pakatan Harapan government has launched various initiatives to address traditional weak areas such as connectivity and Internet access.

As we reported earlier, it has introduced policies that led to a doubling of broadband speeds and lower prices, while the National Fiberisation and Connectivity Plan (NFCP) seeks to further improve broadband and network communications infrastructure in the country. Moreover, an MDEC (Malaysia Digital Economy Corp) spokesperson also confirmed to DCD that the country has been promoting data center investments since 2010 and continues to do so.

There have been gains made recently, though. NTT recently announced that it will construct its fifth data center at its Cyberjaya Campus in Malaysia, while Regal Orion Sdn Bhd is building a $290 million data center in Labu, Negeri Sembilan. Finally, an Azure Cloud region will likely launch this year, based on earlier DCD reports that Keppel subsidiaries are building a data center in Johor with Microsoft as the only tenant.