Barely three years after it started, Princeton Digital Group (PDG) already has a substantial portfolio of 18 data centers in the Asia Pacific either in operation or in development. But in a rapidly growing region with no shortage of well-resourced infrastructure operators, how does PDG plan to differentiate itself and stand apart from the crowd?

DCD speaks to Rangu Salgame, CEO of PDG, to learn more about his organization’s vision and plans. 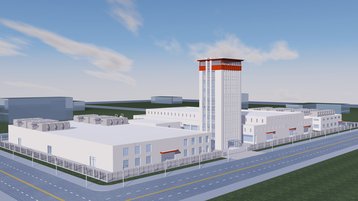 “We started with a very clear vision of the direction that we wanted to go. Which is to create a multi-country data center platform focused on Asia. We believe there is a market need for this: hyperscalers and large Internet companies are looking for operators and partners who can provide them with global level quality standards across different markets in Asia,” said Salgame.

There is a gap for a multi-country operator in Asia that can meet the exacting standards global hyperscalers and enterprises require, he explained, pointing to the small handful of operators with a multi-country footprint and a much larger pool of standalone or single country multi-site operators.

“No matter how established or globalized you are, you will always face challenges entering emerging markets and need help to figure things out quickly. [Our customers] want to partner with a provider with global standards that is also local. They want to make sure they have all the quality and standards as a global operator,” he said.

Success entails partnering with someone who has the mindset of a global organization yet with strong local teams to execute and overcome local roadblocks and challenges, says Salgame. This might range from securing power approvals, getting construction completed quickly, and facilitating in getting systems deployed seamlessly and on time.

“You have a higher-end segment of highly credible players who can serve clients in a large-scale capacity with consistent quality and service. We operate in that bracket. We aspire to be a long-term player in that bracket to provide customers which are largely hyperscale – including local Internet players – in terms of capacity requirement.” 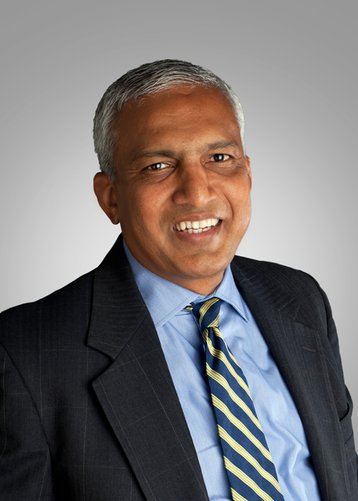 If there is one winning formula, it would be the combination of being at the right location for customers and delivering consistent quality. According to Salgame, consistent build quality delivered to expectation is what sets PDG apart from smaller operators without a similar track record. And having a pulse on the needs of the hyperscalers helps too.

“Over the years, people like Chris [Street], myself, and the other leaders on the team, have developed deep relationships with global players around the world. This gives us the ability to read their investment strategies and make choices based on their guidance to us. That makes our offerings a lot more credible. Being at the right place and the right time comes from our relationship with our customers.”

A highly competent team on the ground and top-notch partners are equally vital. Salgame says his executive team has decades of experience with multi-country businesses under their belt; every one of PDG’s managing directors for each region were senior leaders at large data center operators or hyperscalers before joining PDG.

“We have built a leadership team of truly global leaders who have done this before. Myself, my cofounder Varoon Raghavan, my CFO Wee Gee Ong - that is the kind of leadership that we have on the platform level. The team that we have built as part of our global-local strategy is a unique one which you don’t find among other local operators in the region.”

It helps that PDG has ample financial backing with a hefty $500m investment war chest to back its deals. For instance, it bought the former IO Singapore data center in Ang Mo Kio, acquired a majority stake in XL Axiata’s Indonesian data centers as part of a joint venture, and started construction of a 40MW data center campus in China – all in the same year.

Salgame pointed to the significant capital that PDG has on tap to invest, some of which have not been announced yet. This has given his team the ability to deliver ample capacity quickly: “As part of the acquisition we made with the five data centers in Indonesia, we will also be building greenfield data centers with the land that we have acquired. [In China], we acquired two other plots of land to build a 100MW campus.”

For now, an announcement by PDG about its India plans is also expected to come soon, while Salgame says his organization is also looking at both developed and developing markets such as South Korea, Japan, the Philippines, and Malaysia.

“Hyperscalers make decisions based on who can deliver the capacity they need two, three years from now, from an operator that is not going to flip and leave. They want to make sure that these operators will be around a long time and have the capital to sustain that kind of investment.”

Despite the rapid cadence of growth, Salgame is already thinking bigger. He says the PDG team is currently focusing its attention on issues around the environment and sustainability. It has ideas and strategies around green energy and power management, and the plan is to leverage PDG’s current scale to execute some of these plans while maintaining the current pace.

“The Asia data center market is going to be bigger than North America’s in the next 18 months and will continue to grow at a faster rate. You put this combination together, and we are excited to be where we are today. We are thrilled by the incredible growth opportunity, and we believe we have the right ingredients to maintain our growth momentum,” he summed up.