Telco hopes to boost its cloud business by managing its cooling

But it’s not about the prizes. The real reason for the cooling plan is because it fits Telefónica’s company strategy, to provide enough infrastructure resources to services like hosting, Infrastructure as a Service (IaaS) and applications – an area that is growing fast.

Right from the start, the idea was not to grow linearly in space or square meters, but to consolidate and virtualize servers to upgrade the existing facility and have more IT equipment per square meter, making its space occupation more efficient, says Andrew Oteiza, head of data center services design and implementation at Telefónica Business. 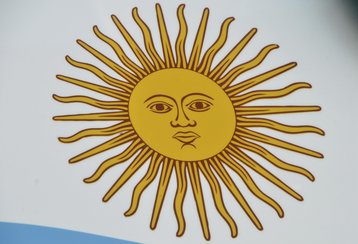 As well as space, Oteiza also wanted to make more efficient use of power in Telefónica’s sites, so he adopted a methodology based on four key indicators for the management of the cooling: bypass; recycling; negative pressure/obstruction under false floor; and balance. “These indicators allow us to control the variables that intervene in the data center from the point of view of cooling, but also show us where we need to implement improvements for satisfying the requirements of the new IT equipment,” says Oteiza.

Oteiza must decide what’s needed for a new IT load, without triggering a service problem. From the start, the system detected problems, including a very low temperature in the server rooms, which meant an additional cost above the required consumption: “In the server room, cold aisles were at a temperature of about 21°C.” But IT kit is now guaranteed to operate at temperatures of 23°C plus, or minus 2°C.

The system takes information from about 5,000 sensors located in the more than the 800 racks of the data center, and can then control the operation and cooling inside the server room. It’s a dynamic system because the sensors measure temperatures for 24 hours and they can make a map of all halls of the data center. “We are still improving, and the system allows us to direct our actions to the areas where we know the indicators are below a defined threshold,” says Oteiza.

There is a two-year plan to optimize refrigeration, which began in June 2014 and had already taken several steps by October, including installing massive blanking panels to minimize recirculation.

Other containment tools seal the passage of power wiring below the raised floor so cold air does not come out in areas where it is not needed. Other actions are planned to keep cooling efficient in future.

Technical manuals and responsibility matrices have been translated internally so the company knows what type of equipment is suitable for its data center racks. For instance, the servers must be rackable and manage air in a front-to-back direction: “This has enabled us to adjust the specifications and purchase orders for both servers, storage and networks,” explains Oteiza. 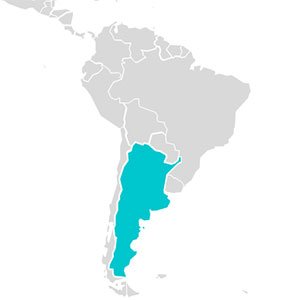 More tasks to be done

In 2015, he expects to take on more tasks, such as building more confined corridors, automating physical controls that deal with opening doors, and improving the power-consume monitoring inside the racks.

Finally, all these things are being done in a live data center with more than 500 customers, without any impact on services or availability.

“The situation became more complex because every action must be validated and agreed with each customer,” says Oteiza. Each change is implemented in a controlled window, and customers are kept informed by the change management process of the company, which has an ISO 20000 certificate for IT services management.

“If you run a task with risks, it should be under controlled conditions, and in a time window that does not affect production services, but always with the formal approval of customers,” says Oteiza. “Clearly, the impact can be minimized if it is carried out methodically.”

Telefónica Empresas is just part of a larger body, of course. Launched in Argentina in 1990, the Telefónica Group is now one of the largest operators in Argentina, offering other services including broadband, and local and long-distance telephone services. It also has a mobile business run by Telefónica Móviles through its brand, Movistar.

Telefónica Empresas, the enterprise brand, is also diversifying, with a portfolio including colocation services, hosting and IaaS. “We offer virtual servers and will soon also offer virtual data center services to customers. You can autoprovision your own virtual server farm,” says Oteiza.

Telefónica wants to offer this cloud infrastructure beyond Argentina, with data centers in several Latin American countries, so it can add value for regional customers.

Translation by Peter Judge. This article appeared in the May issue of the DatacenterDynamics magazine.