China’s largest internet companies, Baidu, Alibaba and Tencent, are finding ways to deal with an exponential growth in demand, says a new report

Demand for internet services in China, such as search, gaming and social networking, is soaring. This is creating additional pressure on the data centers that online giants Baidu, Alibaba and Tencent, the chief beneficiaries of the booming market, rely on.

China’s three largest internet companies, often referred to by the acronym BAT, have each grown tremendously over the past three years as consumers in the People’s Republic gravitate to search engines, online games and social networks. The three have been locked in a battle to offer and acquire as many online services and technologies as possible, in order to to scoop up as much Chinese consumer spending as they can. 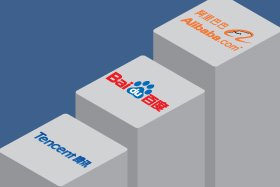 The Growth Strategies of Baidu Alibaba and Tencent: Implications for Data Centers

Meanwhle, the proliferation of mobile devices in China has widened the Internet services opportunity for providers and continues to place additional pressure on data centers both in China and abroad.

This exponential growth in demand is not an unforeseen problem, though it’s one the Internet giants have not completely solved. Baidu, Alibaba and Tencent have built their own data centers as well as cooperating with carriers and third-party commercial data center providers, which translates into a rich infrastructure tapestry. This is in sharp contrast to the construction efforts of Facebook, Google and Amazon, the American internet giants that largely build their own data centers.

The BAT firms have also collaborated with the launch of the Scorpio Project, an open-source initiative similar to Facebook’s Open Compute Project, foreseeing that traditional servers will become insufficient for meeting their scale-up and scale-out requirements in future.

Arguably, Scorpio has been less successful than OCP in its scope and achievements, but valuable technology has been developed. For example, Alibaba wants to fulfil its ‘de-IOE’ plan, an effort to rid itself of IBM minicomputers, Oracle databases and EMC storage, which could be perceived as a nationalistic effort as much as it is a technology driven initiative. DCDi predicts that Scorpion all-in-one servers will account for at least 50 percent of all the servers purchased by Alibaba and Baidu by the end of 2015, and Alibaba plans to replace all its traditional servers with all-in-one rack servers by 2017. 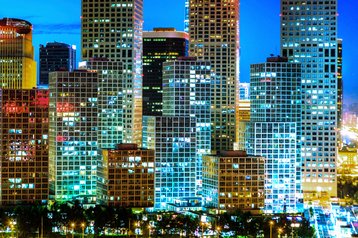 The big three are still subject to the specific conditions in China that shape data center construction. The imbalance of network and power supply means they have to locate their data centers close to end users which means that apart from building their own facilities, they also need to collaborate with state-owned carriers or third-party commercial data center providers in order to supplement data center footprints across the country – a far cry from the less restricted global rollout of their US counterparts.

The report The Growth Strategies of Baidu Alibaba and Tencent: Implications for Data Centers was published 30th November 2015. Click here for more details.