The rise of data center standards in Asia

Accreditation doesn’t make the data center, but it can certainly play a part helping the sales team shift the racks

With millions of new users joining the Internet every month, the growth of online services in Asia has never been in doubt. This demand is driving the construction of new data centers and expansion of existing ones in the region, from Singapore to Thailand and Hong Kong.

Against the backdrop of such projects is an increased emphasis on accreditations, as operators seek to differentiate themselves from their competitors in more tangible and noticeable ways. 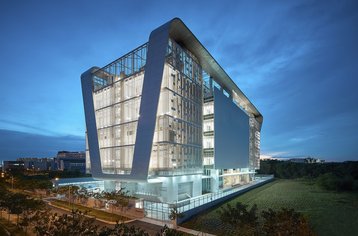 The rise of standards

Aside from the familiar global standards such as the Uptime Institute’s Tier ranking, ISO 27001 and PCI DSS, some of the most popular data center standards in Asia are created locally or repurposed from other industries. In Singapore, there is the Multi-Tier Cloud Security (MTCS) standard, BCA and IMDA Data Centre Green Mark standards, and Monetary Authority of Singapore’s (MAS) Technology Risk Management (TRM) guidelines.

According to Freddi Huang, the head of engineering and operations at Telin Singapore, compliance with TRM is increasingly sought after by financial organizations as a basic requirement when choosing a data center provider. To keep up with this trend, the company is also currently in the process of getting accredited for Outsourced Service Provide Audit Report (OSPAR), a set of guidelines rolled out by the Association of Banks in Singapore (ABS).

When it comes to Uptime Institute’s Tier standards, Huang credited the framework for its part in ensuring that a given facility meets the minimum concurrent maintainable data center requirements to support critical applications.

Dickson Tang, senior manager at China Unicom in Hong Kong, called the Uptime Institute Tier accreditation one of the most recognized in the industry, and told us that it is sought after by a fifth of the company’s customers there. 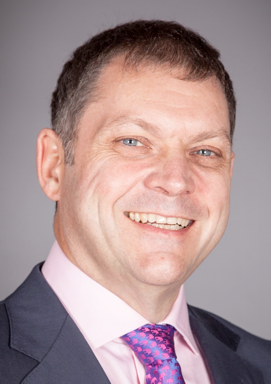 Accreditation doesn’t make the data center, but it can certainly play a part helping the sales team shift the racks. While that is understandable, John Duffin, managing director of the Uptime Institute in South Asia, told us data center operators shouldn’t be looking to get certified simply to land a big client.

“They don’t understand that if they didn’t build data center with their design ready to be certified, they will probably be disappointed,” he said of the two-step process. “The design certification process takes effort. We take the completed set of drawings and place it in front of an experienced engineer to provide a very good peer review.”

“[For the Constructed Facility certification] we check to see if the data center actually got built – no one else does that. We then carry out a full 12-hour ‘Black Building Test’ on full IT load and try to break it. Our failure is the client’s success and his assurance that what he has actually works,” he explained.

Operators appear to be buying into this, as evidenced by the gradual market shift from “Tier-ready” data centers to Uptime Institute accredited data centers such as 1-Net North in Singapore and a growing list of Telkomsigma data centers in Indonesia.

To meet the demand, the Uptime Institute has 17 full-time staff based in the region today, up from zero as recently as five years ago, Duffin said. “I think what’s happening is that people are becoming more aware of it. There is demand, and we have [already] done 40-plus presentations and conferences so far this year.”

When a particular standard gains steam, you can expect a fair share of misconceptions to emerge. Duffin highlighted those that irk him the most, with the most common relating to power requirements.

“Everyone tells me that two external utilities are required for Uptime,” said Duffin of the misconception about Tier IV accreditation. Being concurrently maintainable and fault tolerant are the prerequisites for Tier III and Tier IV accreditation respectively, he said, which can theoretically be obtained even without access to a local electrical utility. Of course, a local electrical utility is often preferred, as it costs less than running diesel generators around-the-clock.

“There are no two power utility companies. If you look at other standards, they may talk about it; and it may sound right. [But] if you talk to an electrical engineer versed in external utilities about accessing two power grids, [they will be puzzled],” he said.

Duffin alluded to the fact that power grids in most regions are monolithic for economies of scale. The entire nation-state of Singapore essentially runs on a single power grid, for instance – albeit one with a segregated, self-healing design.

Finally, Duffin also put paid to the idea that accredited Tier IV data centers are necessarily more expensive than Tier III facilities. He pointed to NEXTDC, the first Tier IV data center in Australia which has gone on the record to confirm this. “If you can design your Tier IV data center around N+1 redundancy, you can have Tier IV for the same price as Tier III,” he said.

Learn more about the era of change for cloud and data center operators at the 8th DCD Converged Hong Kong Conference and Expo next month. Featuring keynote speaker Sonu Nayyar, VP of Global Engineering Operations at LinkedIn, the conference will gather 400 senior IT and data center professionals at the Hong Kong Convention and Exhibition Centre (HKCEC) on November 10, looking at the issues of cloud computing, data center innovation, cyber security, blockchain and more.

More information on the multi-track conference program and the expo can be found online. Visit: http://dcd.events/conferences/hk-2017/