Trump promised trade wars. What will we get?

Donald Trump has repeatedly threatened what many have called a trade war with countries including Mexico and China. He once accused China of “raping” America, and has said he will use trade as a tool to make Mexico pay for The Wall.

China’s Shi Yaobin, the vice-minister of the Ministry of Finance, has tried to downplay Trump’s remarks, saying: “During the presidential campaign in the United States he has made some rhetoric as the candidate of the Republican Party… I think he said those words in order to boost his chances of being elected as President and it’s all for the purpose of the election.

“I want to say that the US is the world’s largest economy and China is the second largest economy. There are immense economic strategies and cooperation between the two countries.” 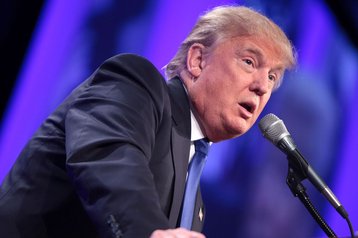 The Trump campaign website includes the promise to “instruct the Treasury Secretary to label China a currency manipulator,” to “use every lawful presidential power to remedy trade disputes if China does not stop its illegal activities, including its theft of American trade secrets,” to “withdraw from the Trans-Pacific Partnership,” and “tell NAFTA partners that we intend to immediately renegotiate the terms of that agreement.”

At times, Trump has proposed imposing 45 percent trade tariffs on China, and said that he would label China a currency manipulator on day one. Economists do not believe China has manipulated its currency for over two years.

In his personal blog, DiMicco writes: “The Trump trade policy is both sound and necessary in today’s World where ‘Trade Cheating’ has become the norm. Nowhere is it more rampant and destructive than in the case of China. It is the 8000 pound Gorilla when it comes to Cheating. They have done this through their massive ‘State Owned Enterprises’ and State Owned Economy. They have done it by stealing IP and Cheating in Trade..

“The types of Trade Cheating to manipulate trade and make free trade an irrelevant concept include currency manipulation, massive subsidies to export related industries, the use of a tax system that works both as a tariff barrier for inbound goods and a subsidy mechanism for targeted export products. The VAT tax, as it is known, or value added tax is both predatory and protectionist to an extreme. Added together all these have resulted in the end of global Free Trade.” 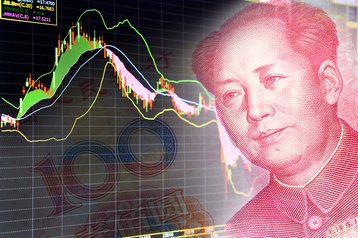 The danger with a trade war, such as putting tariffs on Chinese imports, is of course that the other nation can retaliate.

Handled poorly, trade disputes between nations could prove disastrous for businesses that could either see it made difficult to trade abroad, or to import necessary goods - most of which are made in China.

In 2010, during a dispute with Japan over the detention of a Chinese fisherman, China blocked exports of rare earth elements to Japan, used in everything from wind turbines, to missile guidance systems. It controls some 93 percent of the world’s supply.

“Not long after Barack Obama took office, US trade and commerce authorities announced a 35 percent import tariff on Chinese tires. In response, China took retaliatory steps of imposing tariffs on US chicken and automotive products. Both China and the US suffered losses as a result. From then on, the Obama administration waged no trade war against China. If Trump imposes a 45 percent tariff on Chinese imports, China-US trade will be paralyzed.

“China will take a tit-for-tat approach then. A batch of Boeing orders will be replaced by Airbus. US auto and iPhone sales in China will suffer a setback, and US soybean and maize imports will be halted. China can also limit the number of Chinese students studying in the US.”

Those in the computer industry may also be concerned about what happened with the Sunway TaihuLight supercomputer. After the US blocked the sale of US exports to some Chinese supercomputers, China simply built its own with its own tech, creating the world’s most powerful computer.

Whatever Trump actually does, the threat of trade wars will likely encourage nation states to evaluate their reliance on US products and corporations, and take the necessary steps to slowly transition away from them.

When it comes to telecommunications, though, it is important to note that this has already happened in China to some extent. Edward Snowden’s revelations over NSA backdoors, and general skepticism over US tech corporations, have led to most government contracts going to Chinese companies. Over in the US, meanwhile, it has already banned Huawei and ZTE from bidding on US governmental contracts for some time, citing security concerns.

Unfortunately, it is also vital to note that a bungled trade war could also play havoc on the world economy, which will, in turn, have an impact on data center operations.

International Monetary Fund Managing Director Christine Lagarde said in September: “If we were to turn our backs on trade now, we would be choking off a key driver of growth at a point when the global economy is still in need of every good piece of news it can get.”

The IMF said in its latest World Economic Outlook that global protectionist measures could impact the global gross domestic product by more than 1.5 percent over the next several years.

Trump has not just targeted Mexico and China as nations, but has equally shared negative views about American corporations that manufacture abroad.

Whatever Trump actually does, the threat of trade wars will likely encourage nation states to evaluate their reliance on US products and corporations, and take the necessary steps to slowly transition away from them.

He criticized Ford for plans to open a $2.5bn plant in Mexico, saying that he would put a 35 percent import tax on anything it made that came to US. He also said of Apple: “We’re going to get Apple to build their damn computers and things in this country instead of in other countries.”

With much of what is inside a data center coming from outside of the US, that may prove problematic. Dell, HPE, Nvidia and more all have extensive footprints in China, as do many manufacturers further down the supply chain.

US companies that manufacture abroad, as well as foreign companies based abroad, will have to wait to see what Trump plans, as will those that buy the products the companies supply.