Tying down the cloud

Data center companies hope that private/hybrid interconnects will guarantee them a place in the cloud services ecosystem, says Martin Courtney

The slow but sure migration of enterprise applications and services into the cloud is having a significant impact on demand for data center capacity and colocation, and operators are being forced to rethink their business models.

Many have identified the interconnects which link one data center to another as a key area of growth – the chance to occupy a critical position in the cloud service chain which leaves them less likely to be bypassed in favor of direct enterprise connections into facilities owned and operated by the likes of Amazon Web Services, Microsoft, Google and IBM. 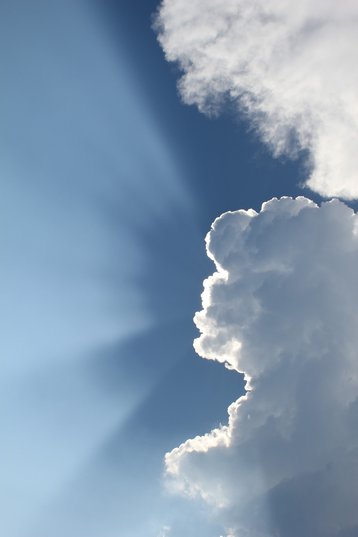 Equinix Cloud Exchange is a case in point. It is a platform which effectively replaces the direct virtual private network (VPN) links which customers might make. Instead, Equinix hosting customers get a direct link to the cloud provider using AWS Direct Connect or Microsoft Azure ExpressRoute, for example.

Cloud Exchange is touted as taking much of the complexity and management overhead out of those direct relationships, particularly where a single customer might have multiple direct connections to many different cloud service providers. It also delivers a performance advantage compared to routing traffic from the customer directly to the CSP via the Internet, said Mike Winterson, managing director of Equinix services, with an additional layer of security providing extra protection against distributed denial of service (DDoS) attacks.

Cloud Exchange does appear to be gaining some traction with customers, currently handling over 1,500 direct connections involving hundreds of thousands of physical connections, ports and switching equipment. For the moment, it handles direct connections into AWS, Microsoft Azure, IBM SoftLayer, Google Cloud, Oracle FastConnect as well as ServiceNow, WorkDay and Salesforce.com, but Equinix is planning to add other providers in the future.

Some would argue that puts Equinix firmly in the role of a cloud broker. But rather than moving towards being an aggregator itself, the company is working with other service providers and systems integrators that want to offer Cloud Exchange capabilities under their own brand. One example is Beeks Financial Cloud, a UK-based company offering various IaaS, colocation and connectivity services to the financial sector, with Equinix estimating around 300 are deployed globally addressing additional markets such as healthcare and insurance.

“We are unlikely to move to a world where [Equinix] can address huge numbers of companies in the enterprise space, so we need to develop relationships with others who can use the lego bricks from AWS and network service providers,” said Winterson.

Me and my friends 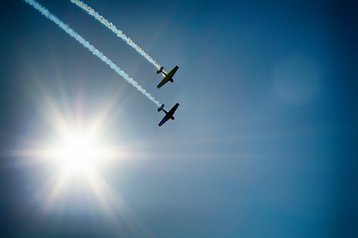 Service Exchange provides direct access to the major IaaS players, including AWS, Microsoft and Google, and is working with additional SaaS players to bring their applications into the fold. Digital Realty chief technology officer Chris Sharp (who was formerly responsible for cloud strategy at Equinix) says cloud service providers themselves can use data center companies as a channel to reach more enterprise customers, saving them time on go-to-market initiatives and helping them deliver private cloud services quickly.

“We never want to look like a cloud broker, that is negatively viewed by all parties because the broker gets caught in the middle of whatever deal they have negotiated,” he said. “But we spend a lot of time on the service processes to make all these clouds interact.”

Data4, based in France, is also aiming squarely at enterprise demand for hybrid IT architecture, targeting early customers in financial services and manufacturing industries with high performance computing (HPC) requirements that scale out private cloud workloads to AWS’ public cloud platform on demand.

“We are positioning ourselves at the convergence point between the two – a place where customers can develop and build their own hybrid IT securely and economically and have access to a portfolio of multiple [cloud-hosted applications and] services,” said Data4’s head of marketing Loic Bertin.

To that end, Data4 signed a partnership deal with third party cloud brokerage InterCloud in January this year. The agreement is designed to give Data4 customers direct access to hundreds of cloud service providers on a global basis, all facilitated via a single virtualized data center fabric spread across Data4’s 14 hosting facilities across three sites in France, Italy and Luxembourg.

InterCloud’s Cloud Delivery Platform currently connects to over twenty IaaS providers including AWS, Microsoft Azure, Google Cloud Platform, and IBM SoftLayer and in excess of thirty SaaS vendors including Salesforce.com, Office 365, Box, ServiceNow and Cisco-owned Webex. Again, Data4 does not provide the cloud resources itself but delivers the interconnects between the data center and the cloud gateway using existing points of presence (POPs).

“Of course, the CIO could buy a direct connection to each data center where the required cloud resources are hosted, but that is quite complex and he or she would have to speak to many different providers,” added Bertin. “They would have to sign a dedicated contract relative to each connection, in each country.”

“We had a serious look at whether cloud was friend or foe about three to four years ago, from the board level down,” said Equinix’ Winterson.

In the end, he concluded that this is a major change and we are all along for the ride: “The IT industry goes through hype cycles on a regular basis – the ASP market 16 years ago was a precursor to the cloud that never took over.

“But cloud is different, you cannot stop it, you just have to transform with it or you will be sitting very uncomfortably in a few years’ time.”

Why data centers want a seat at the hybrid cloud table

Analysts predict significant expansion of hybrid cloud, and/or the implementation of hybrid IT initiatives that rely heavily on different types of cloud architectures, amongst public and private sector organizations over the next few years.

In its report ‘Market Trends: Cloud Adoption Trends Favor Public Cloud With a Hybrid Twist,’ Gartner outlines its belief that increased use of multiple public cloud providers combined with growth in various types of cloud services will create a multicloud environment and a need to coordinate cloud usage by utilizing hybrid architecture, for example.

Elsewhere, 451 Research (‘2017 Trends in Cloud Transformation’) predicts that CIOs will accelerate their use of AWS and other public cloud services. These will be tied into a ‘blended cloud strategy’ that does not lock companies into a single vendor or hosting location but matches application requirements, workloads and service requests to the best provider and data center venue.

Serious obstacles may delay those hybrid initiatives, however, not least of which are integration challenges, application incompatibilities, the absence of management tools and common application programming interfaces (APIs) and limited vendor support.

If Equinix, Digital Realty, Data4 and others offering cloud exchange or brokerage services can convince IT departments they can help overcome those problems, their own transformation from colocation and hosting providers to indispensable enterprise cloud infrastructure partners looks assured.

This feature originally appeared in the April / May edition of the DCD Magazine.