The network is the basis of the online transmission of updated weather conditions, forecasts and crucial warnings data, including radar. 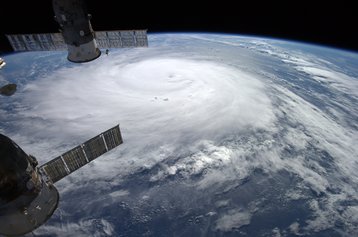 According to Ryan Hickman, CTO of weather data provider Allison House, this blackout was due to both primary and backup core routers having ceased to operate, The Washington Post reports.

These would ordinarily be responsible for transmitting information from the Weather Service’s offices to satellites, which in turn would send data to public service providers. But, due to the outage, the National Oceanic and Atmospheric Administration (NOAA)’s data became either unreliable or inaccessible.

Furthermore, another backup system which may have secured the service, EMWIN (Emergency Managers Weather Information Network), ceased to function. The government’s weather service failed to provide data in the context of a blizzard in Maine and a severe flooding threat in Northern California.

Weather Services posted on Twitter that it would “pass along more detailed information as soon as possible,” reassuring the public that they may still access weather information via NWS’ social media accounts, from which they were still able to manually share updates, and via NOAA’s radio station. Fiber optic landlines were also still able to receive updates.

The NWS is not unfamiliar to the odd dissemination failure. In fact, it appears to be a recurring theme.

A history of failures 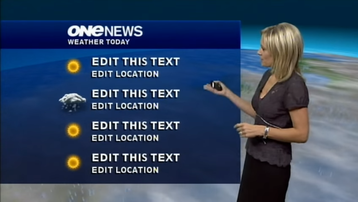 In 2013, during and following Hurricane Sandy, the Southern Region Websites offered only broadly intermittent service, which NWS spokesperson Chris Vaccaro put down to “troubleshooting following a software update.”

In May of the same year, a major North American observing satellite, GOES-13 ceased to function, prompting NOAA to temporarily revert to using satellite GOES-15, which ordinarily covers the West Coast and part of the Pacific. Meteorologists warned against doing so due to a decrease in image resolution, something that is particularly dangerous during the Atlantic hurricane season.

That same week, in the aftermath of the Moore tornado, a Verizon outage affected six of the National Weather Service’s forecast offices outside Chicago, rendering it impossible to transmit warnings of a severe thunderstorm and a flash flood, causing forecasters to resolve to phone communications with functioning offices to broadcast the weather data they had collected.

Dan Sobien, president of National Weather Service Employees Organization (NWSEO), questioned why the NWS must depend on Verizon to disseminate information, stating it should have more effective contingencies in its technology infrastructure.

In July 2013, the Weather Service’s National Centers for Environmental Prediction reported a “major network issue” causing a total interruption of the NWS’ services for four hours, preventing the broadcast of two major thunderstorms and a flood warning.

When the data flow resumed, it was significantly slowed down, and the Weather Service erroneously published a flash flood warning for the State of Washington.

Late last year, when Hurricane Matthew tore across the State of Florida, multiple NOAA websites including the National Hurricane Center and the NOAA’s own homepage became inaccessible to the public, although the Weather Service referred to this failure as a “partial service disruption” and by no means an outage, equally stressing that this was a “hardware anomaly” and not down to a security breach.

Budgetary restrictions and technological infrastructure are seen to be the major underlying issues behind NWS’ transmission failures.

Director Louis Uccellini assured the press in September last year that the company’s improvement of dissemination systems was already underway, and that he was expecting 99.9 percent reliability and full back-up capability within a year.