What happens when you set up a colocation provider aimed at wholesale customers - and they still ask for custom deals? Stack Infrastructure’s CEO Brian Cox explains

Colocation is changing. Enterprises in large numbers still want to relocate their own servers to third party “retail colo” facilities, but at the same time, webscale cloud service providers are snapping up colocation space wholesale, in massive slices.

Most colocation providers argue that these two models are compatible, though perhaps not in the same buildings, but it does seem there is a divergence here, between providing whole rooms swiftly, and managing individual customers at the rack and row level.

At the beginning of 2019, the appearance of Stack Infrastructure was a very visible sign of this split. Investors IPI Partners took the assets of colo providers Infomart and T5 Data Centers, and reorganized them. T5 continues, with colo spaces focused on retail, while the Infomart assets were merged with some T5 facilities, to form a new provider focusing on wholesale: Stack Infrastructure. 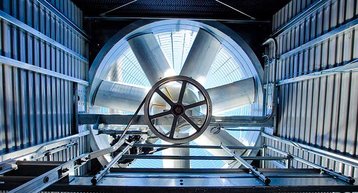 Stack started out with 100MW of data centers, but more importantly, a lot of land in key locations including Texas, with projects already underway, and space to build more giant facilities. It also acquired a CEO with eight years of experience at wholesale colo provider Cologix: Brian Cox.

Cox agrees that Stack’s wholesale focus mirrors the industry: “I think it's challenging right now to serve both retail and wholesale,” he said, when we met him at DCD>New York in April. But he insists most providers (including Stack) are still not 100 percent exclusively wholesale. “I do see some people who have gone wholesale. But then they have some extra space, so they productize it as a retail environment.”

He argues that a wholesale provider who offers some retail is a different animal from a retail provider who aspires to serve the wholesale market, because success in wholesale demands that should be your primary focus.

Stack has one facility that doesn’t fit this mold: the Dulles Infomart site, which DCD visited in 2018. Marketed as wholesale colo, it is a heritage building created by AOL at the birth of the commercial Internet, and it’s available in chunks of around 2MW. Stack is about building new capacity, and offering 8MW at a time, while this is an existing building - which Infomart would never have originally picked up were it not for its location and knock-down price.

Aside from Dulles, Stack is in major colocation markets, including Dallas Fort Worth, Atlanta, Chicago, Portland and Silicon Valley: “We're in the markets that our customers want us to be in, “ he says.

The company’s approach, like other wholesale providers, leans towards standardization. That’s the only way to deliver space in the timescales customers want, and at a profit. But Cox says Stack offers more customization than most.

"I think it's challenging right now to serve both retail and wholesale. Some people have gone wholesale - but have extra space, and productize it as a retail environment"

The enabler is mutual flexibility. Customers who need space now buy into existing buildings, whose layout and architecture are fixed - so they have little say over what provision they get. But Cox says those same customers will commit to projects which are still to be built, and here they get a lot of say on the design.

“Customers say ‘We'll take what you have now - but when are you putting up the next building on the campus?’ And at that point they start to make requests,” Cox told us.

Even having just sold a completely standard hall or building, he says it’s important to respond to these requests: “If I were to stamp out a configuration with each one being a certain building block, I might have lost that opportunity.”

It’s a balancing act though, because the customers still want their space quickly. That’s not something that can be changed, he said, because all the big demand drivers that are coming up, such as AI, are essentially both unpredictable and unavoidable: “I can't tell you what the demand curve is going to be for machine learning or AI or autonomous vehicles. All I can tell you it's going to be up and to the right.” 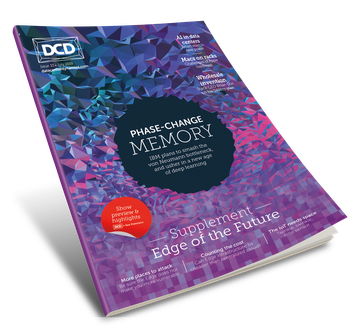 If people are buying capacity, and that’s all they have to go on, then wholesale colo providers (and in the retail space, operators like Equinix) take a Fordist approach and deliver highly standardized resources quickly.

“Most people say the only way to meet this market is to define exactly what it's going to be - and be completely standard,” said Cox. “Rate and timeline to delivery are KPIs that all the customers are expecting. So how can I be more flexible on this, in the same footprint? That's my challenge.”

The accepted wisdom in wholesale colocation is that you can get a building in eight months, if you accept exactly what the builder offers. But Cox says there are customers who want to get involved in the process, and understand that customization comes with a cost and time penalty. He is prepared to innovate, but only at the room level, inside the data hall but not at the rack or row. “What I'm saying is it probably stops at the data hall, where your flexibility really begins in terms of product, it's inside the critical infrastructure space.”

The only way to sell this is straight talking: “You have to be transparent to your customer. That should be the goal of the entire industry.”

That should be a simple decision, he said: “Why wouldn't you be transparent with your customers? They know more about the cloud. And they're benchmarking me - against four others who can deliver similar capabilities.”

As it turns out, Stack does have some retail in its facilities, used by enterprises that still have in-house resources, but Cox has a plan to manage this dual solution. That plan is “not to compete with the cloud,” because the cloud is the future.

“I think the cloud over time will win,” he said, “but I have no problem selling to enterprise. If a customer comes in and says, ‘Look, I want to deploy some into the cloud, and some on site,’ I'm not turning that business away, because I recognize the business problem they're trying to solve.” There will always be a subset of Stack’s customers that needs its own space for its part of the hybrid cloud, and however fast the cloud is growing, this space is still growing - albeit at a slower rate.

If it takes new thinking, at least Stack may have backers that could allow that. It’s not a real estate investment trust (REIT) like Digital Realty, and it’s not owned by a multinational telco like RagingWire. It’s been set up with backing from Iconiq Capital, an enigmatic investor with money from tech billionaires, who made money from the FAANGs (firms including Facebook, Apple, Amazon, Netflix and Google). They are the kind of people who get described as “Silicon Valley royalty,” though Cox rejects that term.

Stack is funded by IPI, a joint venture between Iconiq and real estate investors Iron Point, and Cox says “IPI has a thesis,” pointing out that Iconiq should bring in people with understanding of the hyperscale world: “It's a magic combination of money and star quality...and investors who know the space. When I was voting with my own career, I saw that as a winning hand.”

Some operators have to explain the arcane world of digital infrastructure to backers who only understand money; Cox says he is far more likely to get calls from the investors telling him the next opportunity he should be attacking.

That should keep him on his toes.