DCD's South East Asia event takes a broader look at the world that technology is shaping, on September 11 to 12 at Marina Bay Sands, Singapore

As well as exploring the economics of digital business, DCD>South East Asia, the region’s leading data center and cloud infrastructure event will this year include a fresh perspective: a leading academic will lift the lid on information technology's effect on the evolution of society

Dr Jean Bogais, Adjunct Professor of psycho-sociology at the University of Sydney, will ask “Are there better ways to deal with human error than investing in more technology?” at the DCD>SEA event on September 11 to 12, at Marina Bay Sands, Singapore.. The presentation will build on a stimulating session which took place at DCD>Australia, Sydney in 2017. 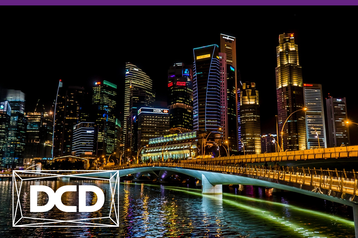 DCD's events mainly focus on the effective delivery of digital services, and at DCD>SEA an audience of over 1300 IT professionals, thought leaders and technological providers will discuss the full IT ecosystem, from the re-definition of data centers to new ways to deliver services at the DCD>SEA event. Dr Bogais will look at the way technology is now affecting human behavior.

Dr Bogais' presentation will elaborate on how technology is interacting with humans, increasingly as an active and controlling party. An expert on South East Asian affairs who has advised governments for 30 years on topics including information warfare, he sees technology as an integral part of our mental and physical development, which is already creating generational transformations in human behaviour. He is concerned also about the psychosociological impacts on future generations caused by these transformations and in establishing where future networks of instability will develop and where technology-based threats are most likely to come from.

AT DCD>Australia in 2017, Dr Bogais' session, delivered with Dr Simon Reay Atkinson, also from the University of Sydney, created considerable interest. Dr Bogais is a qualified sociologist (PhD) and social and intercultural psychologist (MA) from the University of Paris-Sorbonne. He has advised governments on deconfliction initiatives, negotiation, information warfare and civil/military intervention, and is a recognized expert on Myanmar, Cambodia (where he was a specialist advisor to the United Nations during the negotiations leading to the 1991 Paris Peace Agreement) the Philippines and the South China Sea. He has also advised on counter-terrorism, the psycho-social understanding of the people involved and the psychology of violence in today’s conflict environment. He is associate professor (adjunct) at the School of Social and Political Sciences and Center for International Security Studies, University of Sydney

Along with Dr Bogais, over 30 local and international thought leaders will discuss topics such as AI, Edge, blockchain, IoT and analytics as well as key trends such as the move from in-house to colocation and Cloud, the rise of hyperscale, data center consolidation, energy efficiency and more.