It’s rare, these days, for the announcement of a new data center not to include details of an accompanying renewable energy deal intended to offset part or even all of the data center’s anticipated power consumption. Some, in addition, promise to heat offices, homes or greenhouses using the waste heat generated by thousands of the data center’s servers.

While laudable, what would be better and even more environmentally friendly, argues Andrew Moloney, vice president of strategy at enterprise storage vendor SoftIron, would be more power efficient IT hardware optimized for the specific task they’ve been configured to run. This, he claims, could reduce the power consumption of key data center IT hardware by up to 80 percent. 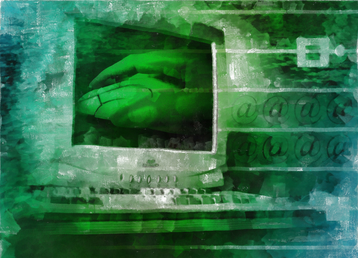 – Image by Prawny from Pixabay

“Fundamentally, the way that IT equipment is typically built is that the big brands have massive subcontractors who do all of their building,” says Moloney. Not only is the hardware on offer from different brands frequently built by the same contract manufacturers, they’re built from pretty much the same selection of standard components and subassemblies, too.

“In general, they're over-engineered for the job they're supposed to do. While that's efficient for the IT brand, because they’re not paying to operate the device, it's very inefficient in terms of total cost of ownership and data center sustainability,” says Moloney.

If energy efficiency and sustainability are genuinely important for data center operators, then getting “the absolute lowest environmental footprint” ought to be the goal, he adds.

In an area like storage, for example, this approach is especially wasteful, he says. “In storage, the job that you’re trying to do is not processor intensive, yet generic hardware will typically have a massive, resource-intensive processor in them,” says Moloney. “In our storage hardware, we’re using a tiny Arm64 processor. While it’s a small processor, Arm64 has fantastic I/O capabilities. This is perfect for storage because all you’re really trying to do is get data in and out of the storage medium as fast as possible.”

We're now building appliances that reduce the power footprint by up to 80 percent Andrew Moloney, SoftIron

The rest of the SoftIron hardware, he adds, has been similarly designed from the ground up to optimize the device for the task it is intended for, improving usability, as well as sustainability.

“We’re also designing our own baseboards and our own caddies; the entire design is built from the ground up. That enables us to do things in hardware and create integrations between hardware and software that wouldn’t otherwise be easy or possible,” he says.

However, when it comes to running and managing the SoftIron hardware, the company has adopted industry-standard open source platforms.

“What does that mean in practical terms? Ceph, as an open-source, software-defined storage architecture, creates multiple copies of data so that you never have a single point of failure. There's multiple reads happening, balancing and reorganizing of the data occurring in the background all the time.

“If you needed to replace a drive, let's say, and pull a caddy out that's got ten drives in, if you don't tell Ceph you're about to do that it thinks ten drives just failed and starts rebalancing accordingly. But in order to tell Ceph [what you’re about to do] you'd have to be a Ceph engineer, open up a command-line console, and understand the commands you’d need to use to do so.

“We've created a button you can press on the caddy integrated with Ceph. It tells Ceph that the caddy is about to go offline, but that it doesn’t need to redistribute the data on those drives and rebalance. The engineer can press a button, remove the caddy, remove the drive, slot a new one in and plug it all back in and away you go again. That’s just one example.

“While a hyperscale data center may have a Ceph-qualified engineer who can bring up a console and instruct the system which caddy is about to go down, that might not be true of a smaller, Edge data center managed by one or two guys who are not Ceph engineers; indeed, probably more like IT generalists. How do you give them the ability to quickly and efficiently replace the drive?”

The rise of ‘software-defined’ has also added to the disconnect, suggests Moloney, meaning that IT hardware is frequently overlooked in sustainability calculations. “Implicit, for many people, when you say software-defined data center, is that the hardware doesn't matter anymore. You can fill the racks with bare metal, load some software on it and, all of a sudden, you’ve got compute, network and storage, based on generic devices.

By building dedicated appliances that are completely optimized for running one kind of software defined storage… we can reduce the power footprint by up to 80 percent Andrew Moloney, SoftIron

“But by building dedicated appliances that are completely optimized for running one kind of software, in the case of storage this would be the open-source platform Ceph, for example, we can reduce the power footprint by up to 80 percent,” claims Moloney.

This will become increasingly important in the future with the rise of Edge data centers, a shift that is expected to accelerate following the rapid dispersal of staff into home working over the past year.

Separately, other events over the past year have also highlighted how centralized supply chains have become, making themselves vulnerable to supply shocks. This has been highlighted by difficulties at a small number of semiconductor manufacturers now affecting the supply, not just of laptops, graphics cards, consoles, and smartphones, but even vehicles across the world.

Ultimately, while providing greenhouses with piping hot air warmed by the waste heat generated by 10,000 data center servers and storage devices might seem neighborly, using a lot less power and enabling the output of wind and solar farms to be shared around more widely is even more neighborly, and with new decentralized Edge infrastructure coming online in a wide variety of existing (non-traditional data center) locations, such projects will be increasingly hard to construct.