Most applications can be hosted out of any data center, anywhere in the world. So why not choose data centers in the most sustainable locations offering stable power prices?

Every day, millions of people pit their wits against friends and strangers, online, in games of skill, reflexes and more in fast-action games that might number up to 100 players. They might be across the other side of the continent, and yet each player’s moves can be coordinated by the data center as if the game and every character in it is running entirely locally. 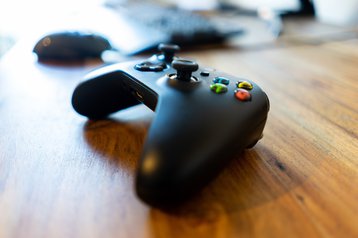 So if it’s possible to play such games seamlessly online with someone 1,000 or more miles away, why not run a very much more mundane – in performance terms – corporate data center in the best possible place in terms of both sustainability and price?

“The warmer the climate where the data center is located, the more cooling gear you have to add to cool down the servers and other equipment that you’re hosting inside the data center. That’s basic physics,” says Stefan Nilsson, chief commercial officer at Conapto.

The warmer the climate where the data center is located, the more cooling gear you have to add Stefan Nilsson, Conapto

Conapto runs data centers in the metropolitan Stockholm area of Sweden, so they not only run off of 100 percent renewable power, but can also export excess heat to the local district heating systems, further ratcheting up the facilities’ sustainability credentials. Moreover, the fiber communications links Stockholm enjoys throughout Europe means that latency simply isn't an issue ‒ unless you’re running an investment bank conducting high-frequency trading, and need to be located as close as possible to the stock exchange’s own data center.

That support for Stockholm’s district heating systems comes at a time when many data center operators are toying with heat reuse, but have struggled to come up with many viable schemes that really work, all year round.

“Stockholm has 4,000km (2,500 miles) of district heating warming up around one million people out of two million in the Greater Stockholm area. It’s one of the largest and greenest district heating systems in the world,” says Nilsson.

“It’s a loop of around 90 to 100 degrees heated water that’s used for hot water in bathrooms and kitchens, as well as heating up people’s radiators across the city. The operators use a lot of different techniques to provide the warm water, including burning garbage, but they’re increasingly using more environmentally friendly ways to heat-up the water.”

Stockholm has 4,000km (2,500 miles) of district heating warming up around one million people Stefan Nilsson, Conapto

Indeed, the last coal-fired power station in Stockholm, which also contributed to the city's district heating system, was shut down in 2020.

Data center operator Conapto is one of the companies helping to make good the deficit – recycling excess heat into Stockholm’s district heating system. All of Conapto’s data centers are also powered with 100 percent, round-the-clock renewable energy via Vattenfall 24/7 matching.

However, the process by which excess data center heat is turned into something usable by the district heating system is not necessarily a straightforward process.

“We have a closed loop inside our data centers for cooling. So we use cold water to chill the air that we then push into the data centers. The cold air goes through the IT equipment and gets warm; we collect the warm air, and then use that to warm up the water.

“Obviously, that's not going to be enough on its own because the excess heat in the data center is probably around 30 or 35 degrees, and that’s not hot enough for any district heating systems. So we’ve installed heat pumps to warm up the water to between 68 and 70 degrees, and then we push it into the district heating systems,” says Nilsson. That latter process, of course, is also supported by the same renewable energy powering the data center.

Stockholm’s district heating network extends as far out as the south-western city of Södertälje, some 30km away. But as the network expands outwards, so the pipes carrying the water get smaller and smaller. What this means, says Nilsson, is that the further out from the center a data center is located, the more limited its opportunities of contributing to the district heating systems. For Conapto, with its data centers located in Sätra and Sollentuna, that is not a problem.

Conapto’s 6MW STHLM 3 North data center is located in Sollentuna, which has its own separate municipal heating system. “This data center, in full production can contribute nearly 10 percent of the total district heating in that municipality, providing thousands of homes with sustainable district heating.”

Indeed, Conapto has made the corporate decision that it will not build or buy any new data centers in or around Stockholm that do not contribute to the city’s district heating systems. And, adds Nilsson, the company has done its sums to support that move.

“If you put in 4MW of power fed into the facility, that's equivalent to 35,000 megawatt-hours of energy. Then we have 2.8MW of IT load, which is 24,528 megawatt hours. The heat pumps, obviously, consume a little bit of energy. And then we have all the rest of the stuff inside the facility, including the lights, office space and the lounge areas.

The Nordics, in general, is a great place for a data center because, obviously, we have the cool climate, we have abundant renewable energy sources and, therefore, a lot of sustainable energy Stefan Nilsson, Conapto

“What the system can push back in terms of warm water converted into megawatt hours is certainly 31,536 which is around 3.6MW, which means from that perspective, we can then reuse 90 percent of what we put in: four megawatts can give back 3.6 megawatts equivalent of hot water,” says Nilsson.

However, while arguably more environmentally friendly than just pumping the warm air out into the atmosphere, it doesn’t contribute to an even lower PUE figure because PUE is only designed to look at the energy a facility consumes – it does not take account of the efficiency benefits of reuse. To get the complete picture you need to also look at the Energy Reuse Factor (ERF).

Nevertheless, what all this means is not only sustainable colocation guaranteed to be powered by renewable energy – not just colocation with some certificates – but one in which more than 90 percent of the power fed into the data center can be reused as warm water in the district heating systems of one of Europe’s great cities.

“The Nordics, in general, is a great place for a data center because, obviously, we have the cool climate, we have abundant renewable energy sources and, therefore, a lot of sustainable energy. So, from that perspective, it makes no sense whatsoever to put your data capacity in somewhere like London or Frankfurt, which are – relatively speaking – much dirtier, more expensive and with more volatile power prices,” says Nilsson.

To find out more about how sustainable colocation with reuse of energy can help your organization reach its Net Zero goals, go to www.conapto.com, or contact the company directly.