Not even a global pandemic could slow down Nvidia and Kao

Particularly when it comes to working on supercomputers

Supercomputers are one of the most exciting technological developments. Their ability to revolutionize countless industries has made supercomputers an extremely worthwhile investment, and the data is reflecting that.

According to GlobeNewsWire, the global market for supercomputers was approximately $5.6 billion in 2020. It is projected to reach $14 billion by 2026.

Needless to say, it is obvious why Nvidia and Kao Data decided to collaborate on a new HPC installation, Cambridge-1. What they did not intend, however, was to end up working on this huge project in the middle of a global pandemic.

During a broadcast with DCD’s own Sebastian Moss, Marc Hamilton, vice president of solutions architecture and engineering at Nvidia, said:

“We wanted to do it close to our customers and close to our employees. So, we decided to build our next supercomputer in the UK. That was in October 2019, so this was pre-pandemic. We didn't know Covid was coming when we chose the UK.”

The pandemic was a universally shared experience, though as we look back on it now, in the midst of war in Ukraine, unfortunately, it does not seem to have torn down social barriers and differences. 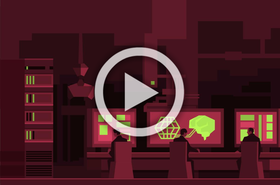 But a shared experience it was, nonetheless, and it forced people to rethink their operations. Nvidia and Kao Data’s success in operating fully remotely for this development is what earned them the DCD>Global Award for Operations Team of the Year 2021.

On the logistics of this, Hamilton said that the company turned to ‘digital twin software’.

“The digital twin isn't new. In the 1970s, NASA, the US Space Administration built a full digital twin of the Apollo capsule before it launched into orbit. Of course, when Apollo 13 had that ill-fated accident, the whole reason they were able to bring that space capsule back home was that they had a full twin of the Apollo spacecraft sitting in Houston in mission control, and they were able to simulate what was going on in space.”

While with less fatal consequences, Cambridge-1 was created with the same principles. Digital twin technology was used to run heat load tests and inform decisions during the construction process.

What must also be acknowledged, is the importance of the mindset of the operations team. The supercomputer was completed in only 20 weeks, an extremely impressive timescale and one that required the teams to view ‘over-time’ as a very flexible thing.

Lee Myall, CEO of Kao Data told DCD, “There are probably 24 one-hour time zones around the world. There was a 25th and it was called Cambridge-1 time.

The resulting supercomputer, Cambridge-1, has been well worth it. At nearly 10 petaflops Rmax and 400 petaflops AI compute, the supercomputer is playing a crucial role in researching healthcare and medicinal issues.

Entries are now open for the DCD>Global Awards 2022! Explore the categories & submit your FREE entries here