“I’ve been saying for years that employees are our most valuable asset,” Dilbert’s pointy-haired boss once said in a classic edition of the popular cartoon strip.

“It turns out I was wrong,” he subsequently admits. “Employees are ninth – after carbon paper.” 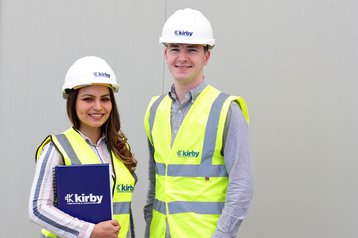 However, with the skills shortages cropping up today and technical sectors across the data center industry struggling in particular, even Dilbert’s misanthropic boss might be forced into a re-evaluation of his human resourcing (and stationery) priorities.

According to Fergus Barry, Group Head of Human Resources, the data center skills shortage has been growing for some time but has become acutely apparent in a number of areas.

“The skills shortage is really apparent and acute in the engineering and commercial areas, particularly electrical-mechanical building services engineers and, quantity surveyors or cost engineers. That’s where the biggest shortages are, as well as, obviously, various specialist roles at more senior levels such as Senior Project and Commercial Managers,” says Barry.

Indeed, the skills shortage is such that for the foreseeable future, he warns, it will be one of the key factors to be overcome in industry growth.

Allied to this, data center builders have been affected by an ongoing construction industry boom that has created a general construction skills shortage.

What we’re looking to do with our new hires is build them up as rounded leaders, so they become the best people, technical and commercial leaders that they can be Fergus Barry, Kirby

That means project managers capable of overseeing major projects, and site managers, are also in especially short supply. “And when we review craft availability , in many countries where we’re building data centers the local population of craft skills just isn’t there, so we have to find and post workers from other jurisdictions, which creates its own complexities, that need to be managed very carefully.”

Those construction trades shortages encompass qualified electricians, plumbers, pipefitters, technicians and other trades involved in turning a building site into a data center, these skills take years to develop and just can’t be recruited from the local equivalent of the Yellow Pages or MyBuilder.com.

But finding appropriately qualified tradespeople knowledgeable in data center construction, especially in a country a long way from a company’s home market, is not easy. And because these trades enjoy close to full employment in places like the UK, Ireland, the Netherlands, Finland and Sweden, that makes it even more challenging.

When taking on new projects in new jurisdictions, Kirby’s approach typically involves introducing itself to local trade unions at an early stage, and telling them about its plans before starting work on a new project in a new territory, as a first step, and as part of its background research and preparation. 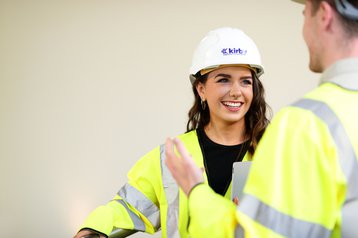 “We spend quite a lot of time trying to get to know them, trying to understand what their requirements are – trying to get that bit closer to them. We really like something along the lines of a partnership model, if possible. We find a lot of value in sharing information, building up trust,” says Barry.

That can also help guide the company towards the best, most appropriately skilled local tradespeople while also providing valuable guidance for running jobs in a local jurisdiction. After all, once a project is up-and-running, it’s in Kirby’s interest that it would run as smoothly as possible, avoiding obstacles that ought to have been easily foreseen.

While there are certainly long-term issues to address, companies like Kirby still need to fill roles now if they’re to continue growing and prospering. “The question is, where are those engineers now? What we have to do is look at expanding our own ‘talent pools’. That means looking for people in other areas, both from other sectors and overseas,” says Barry. “We need people now, so where are they?”

For Barry, solving that immediate need means attracting the brightest young engineers from the east: both Eastern Europe and Asia where technical and engineering education is more highly respected than in many parts of Western Europe, as well as South Africa that, says Barry, is a good source of engineers. “But if you want to get them, you have to go out and look for them and provide them with an offer that excites them,” he says. 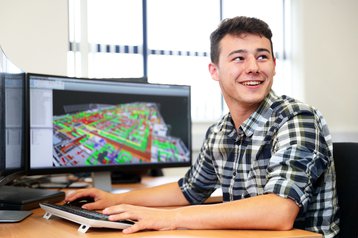 And that doesn’t mean just a fulfilling job, but a real career with potential and good pay and benefits. That, also, is part of the longer-term solution to the skills shortage, Barry believes.

“The younger generations (digital natives), in particular, want purpose; they want to know that they’re involved in something purposeful,” he adds. “In my mind, data centers are the ‘cathedrals’ of the digital age and what we’re building is vitally important. They are ‘digital natives’ so almost their entire life requires digital support, coming from the cloud, which runs in the data centers we build.”

We know from our research that they also want “portable skills” that increase their personal earnings value and can take them through different phases of their career, wherever they wish to go.

“So they want to work on the best, leading-edge projects, they need to have a purpose that’s worthwhile for the planet; they need us to teach them portable skills that they can actually use to leave you. But if they feel they’re learning and becoming more valuable in your company, they won’t leave. And the final thing they want is reward – you have to pay them and pay them well. We do this”.

“What we’re looking to do with our young hires is build them up as technical leaders, so they become the best at what they do; and also grow as commercial leaders, which is essential for both the client and for us; and, we want them to be most importantly ‘people leaders’.

“Give us the 22-year-old. We want to produce the 26-, 27-year-old that’s an elite performer (the equivalent of a Special Armed Forces Officer) at that age. That’s the aim; that’s what we’re looking to do,” says Barry.

In the first and second years of our Graduate Programme (introduced in 2015) some of Kirby’s graduates, he admits, have been head-hunted by rivals 18-months down the line – this demonstrated the value added by the initial training and mentoring, We learnt that we needed to recognise that extra value and now we change their roles and reward levels at a much earlier stage reflecting their true increase in skills and value.

Such internal industry head-hunting will not help the overall resource shortage in the industry; it will require a concerted effort across the sector to overcome the industry skills shortage, believes Barry.

It’s not simply that too many 18-year-olds prefer to study Golf Course Management instead of Data Center Management at university (if such a course were to exist). Barry believes that too few children are being encouraged by parents and teachers to study science, technology, engineering and mathematical subjects at an early age.

“Not enough children are encouraged to enter engineering – they’re more likely to study the liberal arts instead, yet there is less likely to be excellent jobs with strong career growth potential at the end of such degrees compared to engineering. And even if you look at the career path for a new entrant QS [quantity surveyor] or a graduate building services engineer, they will outpace many traditional careers in terms of speed of progression and earnings potential,” says Barry.

“In some cases,” he continues, “I think it’s simply down to snobbery where, for example, careers like building services engineering are not understood by parents. Quantity surveying is another career path that parents just don’t seem to be aware of and they consequently under-estimate it.”

In any case, he adds, programs to encourage more people into the data center sector – and into courses, like engineering, that feed it – are going to take some time to flow through; some companies will still be grappling with skills shortages in 2025.

Putting your money where your mouth is

To that end, Kirby is investing heavily on both a wide-ranging apprenticeship scheme, as well as a graduate program. Out of 300 new jobs announced during 2021, around 100 will be recruited as part of those training schemes. “We have also invested heavily in individual development planning, a learning academy, online learning resources and strong networked relationships with our Third and Fourth Level Learning Institution Partners.” 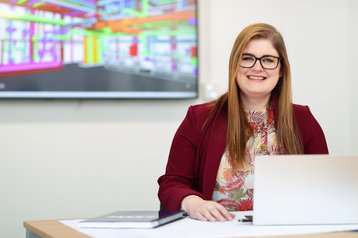 Barry also believes that the industry as a whole needs to do a lot more to attract fresh blood – both school leavers and graduates, as well as people looking to shift their careers into a sector with good, long-term prospects.

However, when it comes to attracting career switchers, some care needs to be taken that they have the right background skills to successfully make such a shift, he warns. “The key issue is that the aptitudes required for the positions, in most cases, require either engineering as a core element or, at least, a certain level of technical knowledge with a background in mathematics and science.

“So I wouldn't be going for the liberal arts graduates. You could say that's not particularly creative on my behalf. But there is a genuine ongoing requirement for the positions that require people schooled in mathematical/natural science approaches to problem solving. says Barry.

While apprenticeships and well-paying graduate programs ought to cover Kirby’s short-term needs, the longer term – not just for Kirby but the industry as a whole – will require much more work, believes Barry, both at a global level on workforce and skills development, as well as getting children interested in, and then into, engineering as a career.

At a minimum, suggest Barry, the industry needs to target children of 14 by encouraging their involvement in engineering and science awareness programmes that highlight the role of the DC and the different challenges and opportunities faced in designing, constructing and operating the world class data centers of the future.

These programmes should use computer simulations and gaming style approaches to get the message across in a manner that suits the digital children of today.