Net-zero carbon emissions and other environmental considerations will out-rank price and even security in the future, suggests Bjerke

Sustainability will become such a major consideration for data center customers over the next decade that it will be even bigger than cost and security, according to Halvor Bjerke, COO of Nordic data center operator Digiplex.

“I think it’s may the strongest differentiator we’ll have going forward. Of course, customers like to have the lowest cost and the highest security, but I think sustainability will become even more important. We saw that quite a few years ago, when sustainability went from being, I think, number 27 on the list over the decision to deploy data centers to number four, just within a couple of years. Now I would guess that it’s number one,” said Bjerke. 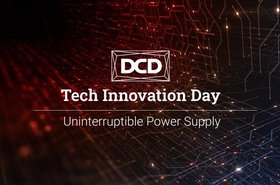 The Future of Data Center UPS

“It’s very much part of the RFP [request for proposal] process. We recently received a RFP where sustainability – or heat re-use to be totally precise – was a requirement. So, it’s coming, and it’s coming now,” he added.

Bjerke was speaking to Schneider vice president Matthew Baynes in a recent DCD Tech Innovation Day, focusing on The Future of UPS.

Demands such as 100 percent uptime is already a settled issue, as far as customers are concerned, he continued – customers expect it as a matter of course. But in order to meet sustainability goals, the company is now scouring the world for new technology and has its own team of engineers evaluating it.

“We have our own engineers and we do our own investigations. But we also use our partnerships to make sure that we’re always up-to-date and know what’s going on in the marketplace, not just in the Nordics, but maybe the US and elsewhere. We use our connections and make sure that we have a close relationship at all levels from the C-level down.

“We have a commitment to our customers to deliver 100 percent uptime. That’s a given for everyone. But also our sustainability mission is very important. I’m personally engaged in sustainability,” said Bjerke.

We recently received a RFP where sustainability – or heat re-use to be totally precise – was a requirement Halvor Bjerke, Digiplex

As part of that sustainability drive, Digiplex is shifting its UPS technology from lead acid to lithium-ion (Li-ion) – specifically, Schneider Li-ion UPS devices. “They’re much more effective than the ones we had before. I think they are at least 50 per cent more effective… and our experience so far is that they can last for up to, maybe, 15 years.

“Even though they are more expensive, the lifecycle is much longer, and they take up much less space as well,” said Bjerke, adding that Li-ion batteries can also be used in some of the grid-balancing experiments that companies like Schneider, power utilities and an increasing number of data center operators are running.

Indeed, Digiplex is taking part in such trials with grid operators in in Sweden and Norway.

“I think we [data center operators] need to drive the technology forward, and that’s a commitment we all need to make,” he said, while on fuel cells he added: “A lot of this technology is too expensive to be a realistic business case, but we’d like to be a part of it [as it develops].”