Is it as important as we think?

In a mission-critical industry, the idea that there could even be a question of the importance of resiliency can seem ridiculous.

But the reality is that resiliency, as a concept, relies on perception. As a result, its value has room for debate.

In our Planning for Hybrid IT broadcast, we sat down with a panel to discuss the impact of unstable connectivity, and how enterprises are tackling redundancy.

Todd J. Traver, VP of IT Optimization and Strategy for the Uptime Institute talked about the institute’s recent findings when it comes to volatility. 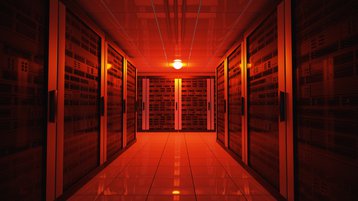 “Resiliency: different people have different perceptions of what that means. So this is a description that we've developed within Uptime, it’s the ability to maintain intended service levels without impacting the business. Regardless of whatever happens, whether you have site issues, application issues, network issues. It's what the end-user perceives as availability, that's what you're trying to achieve.”

We can therefore see resiliency as a direct relationship between the amount of time working, vs outages. But according to Uptime, resiliency isn’t improving.

“Uptime has noticed that the number of publicly reported outages is increasing. The last thing anyone in this industry wants is notoriety for being on the front page of the newspaper because you had a major outage. But we've seen that more and more, over the years.

“The causes of the outages are increasing. In the past, the focus used to be just on the data center stuff. If I can only keep the data center up and running, everything will be OK. Well, that's still an important piece of the puzzle and there are a lot of different data centers involved.

“You’ve got to keep them all up and running and understand how they perform together. But overall, in the industry, outages are increasing and a big component of that is, is the network piece.”

“Increasingly, it's other issues. It's outside the data center, as you said, it's the networking component or the software configuration, or someone does something wrong.

“One thing is the ubiquity of data and transmission of data, which I think is probably what's driving the increases we're seeing. There's so much more happening.

“Another thing that is interesting, is the true concern with outages. What I mean by that, is although we are seeing increasing outages, although we're seeing other issues that are driving that, what's the real effect of that?

“Resiliency is super important. But I would posit that in some cases, the outages are not as catastrophic as I think we sometimes make them out to be from a media perspective.”

This idea of the intrinsic value of outages is an interesting debate. Despite several high-profile outages in the last six months, AWS shares have continued to increase in value.

Nabeel Mahmood, a member of the Board at United Security Bank argues that outages need a more nuanced analysis.

“It depends on what event, what application, is going down. If an email goes down for half an hour, it's not the end of the world. But if you've got a critical application that's running, manufacturing, that is catastrophic.

So, are outages industry-threatening, or do we need to lower the value we place on them?

Thank you for downloading this episode. You will receive an email shortly.