“This is not a theory,” how three industries are already benefiting from complete lifecycle automation

Cloudification has blurred the lines between networks and applications, and as new technologies push intelligence to the edge, we enter a new era says Sameh Yamany of VIAVI Solutions.

Sometimes when writing about developments in technology, it can be hard among the jargon, acronyms and hopeful predictions to grasp the real world applications. But this was certainly not the case in a recent, wide-angle view of network and service test automation outlined in a presentation by Sameh Yamany CTO of VIAVI Solutions at the recent DCD Control & Automate event, now available to watch on-demand.

Big changes were at the heart of his assessment of the current situation; “When it comes to transformation, a lot of the telecommunications and cloud providers are doing, what I call network cloudification. If you look at the need today, from a lot of the real time responses and demand for heavy data throughput for a lot of applications, voice, video, IoT devices, extending traditional network is no longer enough. And that's why this whole cloudification paradigm shift is really happening. It's on the way right now. And if you think about network cloudification, it really is the next logical step.” 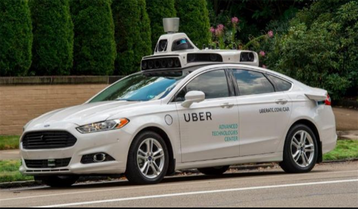 We are then taken on a journey through three key examples of heavy data use highlighting some current applications and its future potential.

Firstly there are automobiles, which need to exchange information about speed and position of surrounding vehicles, so that they can avoid crash or is a traffic congestion.

“We are talking here about ultra low latency of two milliseconds and then the range of 300 metres, so that you can avoid danger, traffic or something that is hidden. This it not a theory anymore, auto manufacturing companies have announced capabilities using 5G starting next year. Then you can move from the vehicle to infrastructure, to provide a traffic flow and speed data, lane by lane among other possibilities.”

"...all of these sensors are working together and managed by a centralized AI system" Sameh Yamany, VIAVI Solutions.

Secondly, another popular vertical for automation is in factories, where VIAVI is already starting to deploy private mobile networks.

“One example, I always use is an aeroplane engine manufacturer. In one of them, they have about 2.5 million sensors connecting in real time, like the sensor robots for motors and even high precision screwdrivers are already connected to the network.

“They require routine calibration and the AI is actually going out and seeing which one to deploy and which one not to deploy. So, all of these sensors are working together and managed by a centralized AI system for decision making for predictive maintenance" continued Yamany.

A final application detailed in this talk is healthcare, which has proved particularly important to us all this past year.

“Healthcare is benefiting a lot from the transformation in connectivity, from remote surgery, imaging technology to training. Augmented reality, or even sometimes virtual reality is actually gaining a lot of traction as people are getting more and more used to it, and so the need for private and secure networks.”

Yamany concludes with his trip around these applications with a confident point that what he’s discussed really is the new frontier for data centers.

Watch the full session on-demand and go far deeper on all these applications and much more by filling in this form: