HPE is seeking $5.1bn in damages, accusing Lynch, along with his CFO, of inflating the value of Autonomy before it was bought by Hewlett-Packard for $11bn in 2011. In 2015, Hewlett-Packard split in two, becoming HPE and HP Incorporated. 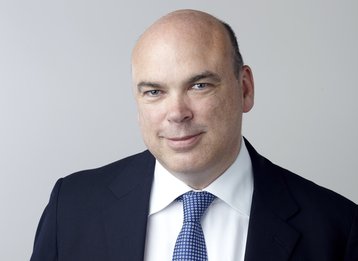 HPE has alleged that, without informing investors, Autonomy sold loss-making hardware contracts to pump up sales figures. The company was also allegedly intentionally incorrectly booking revenue from services packaged with other resellers.

Just one year after the deal went through, HP wrote off close to the entire value of Autonomy and Lynch was subsequently fired.

Lynch, who made $815 million from his stake in the deal, denies the allegations and said that HP destroyed his company.

Lynch’s lawyers have said that he was removed “from nearly all of the transactions in question," and that HPE is looking for a high-profile target to take the blame for the losses it suffered.

In an effort to paint him as a micromanager, HPE cited an email Lynch sent to his senior management team about a US Department of Veteran Affairs contract: "If there is any problem I WANT TO KNOW ABOUT IT IN A F---ING MILLISECOND from all of you."

Laurence Rabinowitz, lawyer for HPE, said in his court filing: "This is not the stance of a statesman viewing the business from 10,000 feet."

The civil trial is scheduled to last nine months and will be the first time that Lynch is able to argue his case in front of a judge.

Lynch is separately facing charges in the US of making false and misleading statements from 2009, 2010 and early 2011 “to make Autonomy more attractive to a potential purchaser like HP," a US indictment states. His CFO, Sushovan Hussain, was convicted of similar charges last year.

In response to the US allegations, Lynch's lawyers, Chris Morvillo of Clifford Chance and Reid Weingarten of Steptoe & Johnson, said: "These new allegations are simply preposterous.

"For the last 6 years, Mike Lynch has been diligently and responsibly responding to HP’s specious allegations, guided and surrounded by more lawyers than he would care to count... Something is horribly amiss in San Francisco, where the Wild West "shoot first, ask questions later" approach to investigations - originally deployed by HP in this case - is sadly still alive and well."