Employees who signed the letter opted to leave their name and job title open to the public, a rare move for a company known for its secrecy

More than 5,000 Amazon employees have signed an open letter urging Jeff Bezos and the company’s board of directors to implement a robust company-wide climate change plan.

The letter outlined six principles Amazon could adopt, including “a complete transition away from fossil fuels rather than relying on carbon offsets” and “prioritization of climate impact when making business decisions.” 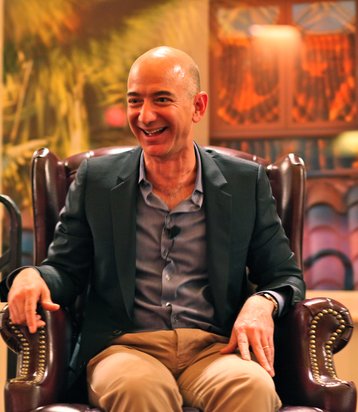 The issue of our lifetimes

Among other indictments of Amazon’s seemingly flawed climate change plans, the letter argued that the company’s Shipment Zero campaign - which aims to make all packages net zero carbon and 50 percent of all shipments net zero by 2030 – is wide of the mark.

“Shipment Zero only commits to net carbon reductions, which allows us to continue to pollute; we recently ordered 20,000 diesel vans whose emissions will need to be offset with carbon credits. Offsets can entail forest management policies that displace Indigenous communities, and they do nothing to reduce our diesel pollution which disproportionately harms communities of color.”

The open letter included criticism of an AWS oil and gas initiative which is "devoted to helping fossil fuel companies accelerate and expand oil and gas extraction." More than 50 employees who signed the letter work for AWS in some capacity.

In the past two years alone, AWS added more than 600MW of data center capacity in the state; in the same period, the company failed to add any new renewable energy supply.

“Despite Amazon’s public commitment to renewable energy, the world’s largest cloud computing company is hoping no one will notice that it’s still powering its corner of the Internet with dirty energy,” said Elizabeth Jardim, senior corporate campaigner at Greenpeace USA.

Employees involved argued that Amazon has the resources and reach to make a meaningful impact to climate change on a global scale.

“We have the power to shift entire industries, inspire global action on climate and lead on the issue of our lifetimes,” the letter reads.

“We believe this is a historic opportunity for Amazon to stand with employees and signal to the world that we’re ready to be a climate leader,” they added.

Amazon employees are also using company-issued stocks to leverage top brass into voting for a resolution which would require the company to report publicly on how it plans to reduce its reliance on fossil fuels.

The company’s board has suggested that shareholders vote against this resolution as it is unnecessary “given our commitment to disclose our overall carbon footprint.”

Amazon cited a “long history of commitment to sustainability” through “frustration-free packaging, [shipping] in own container, our network of solar and wind farms, solar on our fulfillment center rooftops, investments in the circular economy with the Closed Loop Fund and numerous other initiatives happening every day by teams across Amazon.”

The company also said it will share its carbon footprint and other information relating to climate goals later this year.