A small data center has been set up next to a coal-fired power plant in Missouri to mine Bitcoin.

Power company Ameren Corp. said the cryptocurrency facility helped deal with consumption dips, but critics note that it serves as a way to prop up dirty coal power usage. 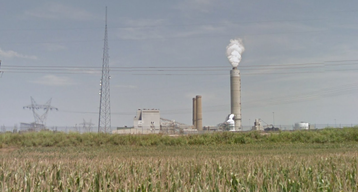 The facility at the Sioux Energy Center was installed in April, but not publicly announced. The St. Louis Post-Dispatch first reported on the data center this week, after the project was inadvertently revealed when Amren sought to pass on $8,000 of the data center's energy costs in a recent round of price adjustments for customers.

“The objective here is to help fill in valleys,” Warren Wood, the VP of regulatory and legislative affairs for Ameren Missouri, told the publication. “That helps run the system more efficiently.”

The half-megawatt facility mines Bitcoin using power from the 972MW Sioux Energy Center, helping fund operations. Over the past seven months, the $1 million data center has mined 20 coins, currently worth around $60,000 each. It is now yielding one coin every two weeks, Amren said - and the company plans to hold them instead of sell.

The data center is “essentially a way to prop up coal use," Andy Knott, interim central region director for the Sierra Club’s Beyond Coal Campaign, said. “This really increases demand on the system, and therefore, demand for coal energy. I think what they’re trying to do is avoid having to ramp down their generators.”

Knott said that, if the coal-power plant had to operate, excess energy could instead be used for battery storage, allowing for more useful power usage at a later date.

The power plant is already intermittent, as lower-cost power generation is usually used first. In April, the plan only ran 17 percent of the time. The data center could extend that.

The plant has 29 groundwater monitoring wells, 15 of which have been polluted above federal advisory levels based on samples collected between March 16, 2016 and November 15, 2017.

This February, water protection groups filed a notice to sue Amren for alleged ongoing violations of the federal Clean Water Act due to continuing unpermitted discharges of toxic coal ash pollutants from the Sioux Energy Center.

“It is also well known that coal ash is toxic and can cause significant harm to plants, wildlife, and human health—including cancer, heart disease, and lasting brain damage in children. It is dangerous to dump coal ash in a pit and allow it to be discharged into our waters.”

Beyond the local pollution problems, coal-fired power plants are a major source of greenhouse gas emissions. To meet climate change targets, coal plants will need to be phased out as soon as possible and replaced by renewable alternatives.

Amren, which posted $4.5bn in profits last year, plans to convert Sioux into a natural gas plant by 2033 - natural gas is another fossil fuel, albeit one with fewer emissions.

The company is not alone in its use of Bitcoin mining to support coal plants. Marathon is developing a 37MW crypto rig at Beowulf's 119MW Hardin Generating Station in Montana - providing a lifeline for a coal plant that looked to close.

In July, Stronghold raised $105 million to set up Bitcoin mining at Scrubgrass, a 90MW power plant in Venango County, Pennsylvania, which burns super-dirty coal waste. This year also saw a gas power station expansion approved - with the plant brought back from the dead simply to mine Bitcoin.

"The viability of our societies depends on leaders from government, business and civil society uniting behind policies, actions and investments that will limit temperature rise to 1.5°C," UN Secretary-General António Guterres said following the recent Intergovernmental Panel on Climate Change (IPCC) report.

"This report must sound a death knell for coal and fossil fuels, before they destroy our planet."