Whole APAC region, bagged, will outgrow US, according to report, with Singapore, Indonesia and Malaysia leading the charge

Asia Pacific is to become the largest market for colocation data centers in the world, according to corporate estate agent Cushman & Wakefield.

The boom would happen in the next five years, when the Asia Pacific region (APAC) would become bigger than the US for tech firms building and running big computer centers. Cushman reckoned APAC (with India, China, and Australia included in that bag) would be worth $28bn in 2024. The US and Canada - today's biggest market - would be worth $23bn. 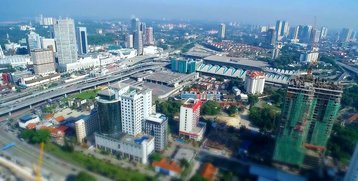 Cloud giants are in there

Most of the growth would be in Southeast Asia (SEA) and driven by rowing demand from cloud services, and 5G applications such as self-driving cars, gaming, and smart appliances, said the report. The firm cited Singapore, Indonesia and Malaysia to boom; no particular reasons for these countries' fast growth were given, but Cushman noted that Google, Alibaba Group, and Amazon Web Services have already moved in.

Growth would be almost as great in other parts of the world as well, the report predicted, with the data center business growing 13 percent in SEA,, while APAC would grow 12 per cent overall - both at twice the growth expected in the US, according to Cushman. Europe though, would grow almost as quickly as Asia, if it were added up with Africa and the Middle East. But their overall market size would be smaller by value, at $17bn.

Cushman got its numbers from public market forecasts by IT suppliers, and from interviews with executives.