Do not struggle, it will all be over soon

Ahead of Verizon’s expected acquisition of Yahoo’s Internet business for $4.83bn, the remaining assets, primarily stakes in Alibaba and Yahoo Japan, are preparing to continue under the new name of Altaba.

With the recent controversy surrounding Yahoo’s two record breaking hacks, however, it is important to note that Verizon could still terminate the deal. 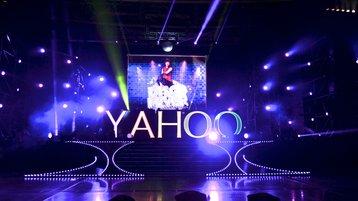 The end of an era

“Moments ago, we announced an agreement with Verizon to acquire Yahoo’s operating business,” CEO Marissa Mayer wrote in a blog post.

“This culminates a rigorous, thorough process over many months, and yields a great outcome for the company. Today’s announcement not only brings us an important step toward separating Yahoo’s operating business from our Asian asset equity stakes, it also presents exciting opportunities to accelerate Yahoo’s transformation.”

She added: “As we work to close this agreement in Q1 2017, it’s more important than ever that we come together as one global team to continue executing on our strategic plan through the remainder of the year. We have delivered the first half of the year with pride, achieving our goals. Now, it is up to us to make Yahoo’s final quarters as an independent company count.”

Mayer and co-founder David Filo will step down as directors of Altaba if and when the deal is finalized. Eric Brandt, the former chief financial officer of Broadcom Corp who joined Yahoo’s board in March, will become chairman of Altaba.

While Mayer’s comments (and much of the tech press’ coverage) makes it all seem like a done deal, the SEC filing announcing the name change suggests otherwise.

Should Verizon fully terminate the sale, it “could result in [Yahoo] incurring substantial fees, including, in certain circumstances, the payment of a termination fee to Verizon under the Stock Purchase Agreement.”

Some publications have also declared Altaba the new Yahoo, claiming that the Yahoo brand is dead and that Mayer will step down. In actuality, it is likely that the Yahoo brand will exist under Verizon - just like the AOL brand - and Mayer is thought to also be set to work for Verizon.

Mayer became the CEO of Yahoo back in 2012, coming over from Google to try to turn around what was already a troubled business. Once the darling of the tech world, it had fallen heavily from its lofty early-2000s heights, as Google and other companies dominated the web.

The new CEO quickly set to work on the difficult task of turning the business around, buying Tumblr for $1.1 billion, BrightRoll for $640 million, and a string of start ups.

Mayer also pushed for an ill-fated expansion of its media arm, hiring Katie Couric for a reported $10 million a year, as well as spending millions on original programming, including a revival of Community and a DJ reality-competition series by Simon Cowell, as part of Yahoo Screen. The division was soon shut down.

Over the course of 2016, Yahoo cut an estimated 15 percent of its workforce and began to look for an acquirer.