The aim is to cover remote rural areas 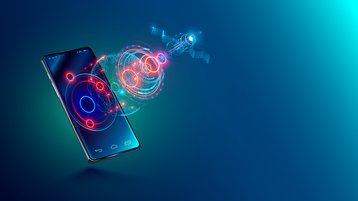 According to the GSMA, six percent of the world's population live within the digital divide meaning they have no access to a mobile broadband network.

“With Lynk, we recognized the chance to create something very meaningful and special for our mobile network operators’ partners and their subscribers. This partnership is about building bridges so that more people can connect to and benefit from a connected society than ever before," said BICS telco market VP Mikael Schachne.

BICS specializes in providing digital communications globally, focusing on cloud, mobility, IoT, and works with MNOs, and mobile virtual network operators (MVNOs). The company aims to address the issue around '0G', otherwise known as areas not served by any mobile connectivity.

Earlier this year Lynk deployed its Lynk Tower 1 satellite into space, its first spacecraft covered by an FCC license to operate a satellite direct-to-phone service.

The company has signed contracts with operators on seven island nations in the Pacific and Caribbean, including Telikom Limited in Papua New Guinea, Aliv in the Bahamas, and bmobile in the Solomon Islands, as well as Mongolia’s Unitel and Telecel Centrafrique in the Central African Republic.

The partnership comes fresh off the back of Elon Musk's SpaceX striking a deal with US operator T-Mobile to provide mobile signal connectivity from space, via its Starlink satellites. T-Mobile is hopeful the venture will provide speeds of 2-4Mbps through Starlink's satellites.

"The important thing about this is that it means there are no dead zones anywhere in the world for your cell phone,” Musk said last month.

AST SpaceMobile is also developing its own constellation of direct-to-mobile satellite communication satellites. It has agreements with the likes of Vodafone and AT&T.

Rugged phone manufacturer Bullitt Group this week announced plans for a 'standard' phone that can connect to satellite networks, but provided few details.