As part of the investment push, the company plans to build stationary fuel-cell plants that will be used in the data center sector. 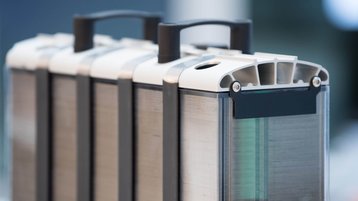 "These figures clearly show that Bosch’s response to climate action is not only technology-neutral, but also commercially aggressive," chairman Dr. Volkmar Denner said.

"We will be putting almost 100 stationary fuel-cell plants into operation this year alone. They will supply electricity to data centers, industrial manufacturers, and residential areas, among others."

Several companies are considering replacing diesel backups with hydrogen, in particular Microsoft - which ran a data center on hydrogen for 48 hours. Keppel is also studying the potential of hydrogen for both energy and cooling.

And this year, Atos and HDF Energy said that they would build a hydrogen-powered data center by 2023 as they seek to launch a number of hydrogen products for the data center industry.