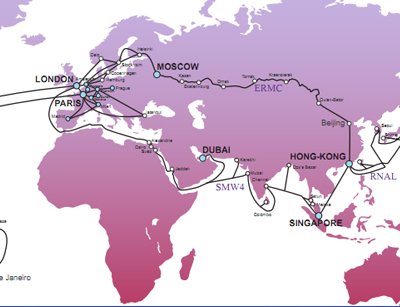 The following content is from an older version of this website, and may not display correctly.
Dark fiber and networking company BSO Network Solutions is upgrading its network between London and Hong Kong to make it one of the fastest high-speed trading links between countries.
The upgraded cable will be the fastest route for algorithmic trading between Europe and Asia.
It will also benefit companies looking to use data-intense services from video streaming to cloud computing.
BSO has a presence at a number of internet exchange points, including AMS-IX, France IX and DE-CIX in Europe and operates its own IP MPLS nnx10Gbps network compatible with 100Gbps.
Hong Kong is its gateway into Asia. It also connects to Canada, Dubai and the US with landing points in New York, New Jersey, Chicago and California.
Latency on the new network will be up to 176ms round trip delay once improvements to the BSO network are made.