The Cayman Islands is exploring whether to lay a new subsea cable to the Caribbean island.

The islands’ government, through the Ministry of Infrastructure, this week announced that advisory firm Grant Thornton Specialist Services has been contracted to undertake a formal feasibility study into the modernization of the Islands’ submarine cable infrastructure. 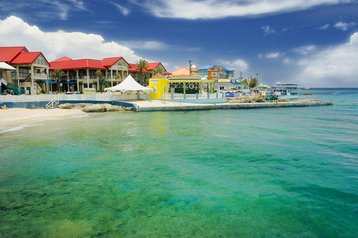 The feasibility study, to be prepared by subsea systems experts Pioneer Consulting, will be used to guide Government’s decision-making around moving forward with a major submarine cable infrastructure investment project.

Two subsea cables currently land at the British Overseas Territory; the Cayman-Jamaica Fiber System (CJFS), which was laid in 1997 by C&W Networks and runs from Jamaica to the Caymans; and the Maya-1 consortium cable which runs from Florida in the US to Colombia via Mexico, Costa Rica, Honduras, Panama, and the Caymans and went live around the year 2000.

Around 2017, the new Deep Blue Cable was due to connect the Cayman Islands. in 2018 the company partnered with Digicel for cable projects in St. Lucia, Grenada, and St. Vincent & the Grenadines. Digicel's Deep Blue One cable project in the Caribbean alongside Orange will connect French Guiana, Suriname, Guyana, and Trinidad & Tobago.

“We are bringing in world-class experts to help analyze the options and identify the best approach to take in regard to this major infrastructure project. This initiative forms a key pillar of our strategy to ensure the Cayman Islands benefit from world-class connectivity in order to underpin a transformation of our economy and society into a thriving digital future,” said Minister of Infrastructure, Hon. Jay Ebanks.

In its 2022-2024 Strategic Policy Statement, the Cayman Islands Government highlighted that one of its broad outcomes is to build a modern infrastructure, which included funding for a new subsea cable. In its latest two-year budget, the government has allocated $15 million for a submarine cable in 2022 and another $15 million in 2023.

Will McWilliams, partner and head of public services at Grant Thornton, added: “Grant Thornton are delighted to be working with the Cayman Islands Government on this important initiative and bringing the benefit of both our own global experience on major infrastructure projects and the specialist submarine cable expertise of Pioneer Consulting as part of our team. We are very much looking forward to working together on this crucial initiative.”

Last year, the government issued a request for information tender “to kick-off industry consultation on a new submarine cable infrastructure”. It announced a tender for proposals from consulting firms for this study at the turn of the year.

Cable & Wireless has previously spoken out against a third cable to the island, saying the company has made “continued investment” in the Maya-1 cable.

“While a third cable with a direct link to the United States would bring an additional path and capacity to the marketplace, it would not provide material improvement in latency to the USA and beyond,” the company said in 2020.

“Even if Caymanian consumption were to increase five-fold in the next 10 years, there would not be a capacity concern for the current subsea network,” Paul Kirwan, director of Consortium Cable Management for Cable & Wireless Networks, said at the time. Critics say current bandwidth costs to the island are too high, especially if it wants to attract more global technology investment.

A third cable would also add greater redundancy to the island. The Maya-1 cable suffered several outages in 2020 and suffered a two-day outage in 2013.

In April 2022, C3 announced that it became the second telecommunications provider, other than Cable and Wireless, with direct access to the Maya 1 landing station in High Rock and the CJFS in George Town.