China: "The US is not qualified to build a coalition of 'clean countries' because itself is dirty all over"

Effort to build an Internet without Chinese companies labelled "bullying"

China's foreign minister has hit back against US plans to build an Internet free of Chinese technology, highlighting the US government's long history of electronic surveillance.

State Councilor Wang Yi said that the 'Clean Net' program was flawed because the US is "dirty," engaging in the kinds of acts it claims China is behind. This week, US Secretary of State Mike Pompeo announced an initiative to build clouds, cables, and apps free of China in the US and its allies, but provided no actual framework for how that would be achieved. 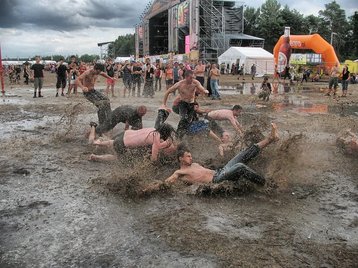 In a friendly interview with state media, Yi first defended Huawei, which has been subjected to mounting sanctions due to allegations that it works with the Chinese government.

"Without any solid evidence, the US has launched a global campaign against a private Chinese company," Yi said. "This is a textbook example of bullying. Everyone can see easily and clearly that the US goal is to keep its monopoly in science and technology but deny other countries the legitimate right to development. It doesn't even bother to disguise its bullying. This not only violates the international rules of fair trade, but also hurts the free global market environment."

The US has yet to publish any evidence of its allegations against Huawei, but such concerns predate the current administration, and were first raised publicly by RAND in 2005 and the US government in 2012.

"I'd like to stress again that Huawei and many other Chinese companies, unilaterally sanctioned by the US, are innocent," Yi claimed. "Their technologies and products are safe to use, and they have never done any harm to any country. In stark contrast, the US is behind such scandals as PRISM and ECHELON. It conducts wire-tapping and mass surveillance around the globe, and these wrongful acts are already an open secret. The US is not qualified to build a coalition of "clean countries" because itself is dirty all over."

PRISM and ECHELON were first revealed in 2013 by Edward Snowden, a Booz Allen whistleblower who revealed the National Security Agency was engaged in an unprecedented mass surveillance campaign on citizens. Among its many avenues for collecting data, the NSA tapped submarine cable landing stations coming into the US, and partnered with GCHQ to tap stations in the UK. There is no indication that such a practice has stopped.

"The new science and technology revolution, driven by information technology, is picking up speed," Yi continued.

"China will continue to work with all countries to maintain a fair, just, open and non-discriminatory business environment, promote international exchanges and cooperation in science and technology, and ensure that safe, reliable and quality information technology will boost global economic recovery and help improve people's lives around the world. We hope that the US will give up its obsession with its narrow self-interest, and return to the right track of openness and cooperation."

While Yi's assertions of US surveillance are well documented, his claim of a "fair, just, open and non-discriminatory business environment" in China is less well documented. US tech corporations face severe restrictions, and must work with a local partner - which is why Amazon Web Services made a deal with Beijing Sinnet Technology, while Microsoft and IBM have turned to 21Vianet Group. Apple uses state-owned Guizhou-Cloud Big Data Industry (GCBD), and previously had a contract with China Telecom.

Within the mainland, it operates a vast surveillance and censorship network focused on quelling dissent, and building citizen scores on each individual. In Xinjiang, where it is committing human rights abuses on the Xuighur population, it is beta testing more invasive forms of surveillance, with an eye to eventually being able to predict who will prove disloyal.

Outside of China, it is less clear how aggressive its surveillance efforts are - although its use of state-backed hackers to steal Western companies' intellectual property is well documented. In much of the developing world, its state bank offers low interest 'concessional loans,' where the money is used to build infrastructure using Chinese companies.

Among them is Huawei, which has benefited from billions in state loans. Sometimes the money is used to help fund data center developments, other times fiber infrastructure. Increasingly, it is used to try to replicate China's surveillance system overseas.

"China is always a firm defender of the international order and the international system," Yi said, saying it contrasted the US's interventionist approach. "In the past seven decades and more since the founding of the People's Republic, China never started a war, or occupied an inch of land of others." While it is true that the US has been far more active in promoting coups around the world, and engaged in numerous official and unofficial wars, China is currently occupying contested territory in India. The conflict led to TikTok and WeChat being banned in the country.

In the interview, Yi also mischaracterized China's involvement in the South China Sea as peaceful and said that "it should not be a wrestling ground for international politics." The nation claims most of the sea as its own, in contravention of international law, and has been building artificial islands to extend its claim.

Yi said disputes in the region should be solved by dialog and mutual consensus, and repeatedly pointed to the importance of the UN. But a 2016 UN arbitration ruled in favor of the Philippines in a dispute over territory, which China has ignored.

Philippine President and mass murderer Rodrigo Duterte addressed the issue in a July national statement amid growing criticism over inaction following Beijing’s increasingly aggressive moves in adjacent waters. “China is claiming it, we are claiming it. China has the arms. We do not have it. So, it’s as simple as that. They are in possession of the property… so what can we do?” he admitted.

To gain the territory back, “we have to go to war. And I cannot afford it. Maybe some other president can but I cannot. I’m useless when it comes to that. Really, I’m useless to that. I can’t do anything. I cannot,” Duterte said. This week, Duterte banned joint exercises with the US in the sea.

"China's US policy is always consistent and stable," Yi continued.

"In the meantime, we are also prepared for possible bumps and storms ahead. The US move to turn China into an adversary is a fundamental, strategic miscalculation. It means that the US is funneling its strategic resources in the wrong area.

"We are always ready to develop a China-US relationship featuring no conflict, no confrontation, mutual respect and win-win cooperation based on coordination, cooperation and stability. In the meantime, we will firmly defend our sovereignty, security and development interests, because this is a legitimate right inherent in China being an independent sovereign state."