The company will sponsor projects like Kubernetes, Fluentd, Prometheus, Linkerd and OpenTracing

Dell Technologies has become the latest Platinum member to join the Cloud Native Computing Foundation (CNCF) – a part of the Linux Foundation responsible for a number of open source projects that deal with microservice architecture.

This type of architecture envisions every application as a collection of loosely coupled services that can be developed and scaled independently, using container orchestration technologies.

Dell will get some say on where the projects are heading, in exchange for $370,000 in annual membership fees.

The CNCF has also revealed that German Linux specialist SUSE has joined as a Gold level member, while HarmonyCloud, QAware, Solinea, and TenxCloud have joined as Silver members.

The announcements were made at the CloudNativeCon in Berlin, an event collocated with KubeCon Europe – another open source conference dedicated squarely to Kubernetes. 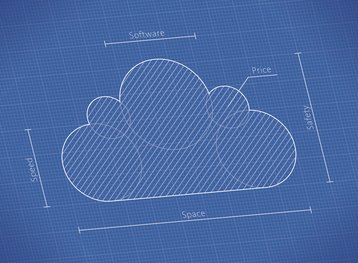 Microservice architecture is an emerging concept that holds great appeal for cloud operators, since it streamlines app development and improves resource utilization.

Dell is no stranger to open source: it has previously made contributions to projects around Kubernetes, Docker, Mesos and Cloud Foundry, while its other half EMC open-sourced several of its own products including CoprHD, a vendor-agnostic SDN storage controller.

As part of the Platinum membership package, Josh Bernstein, VP of Technology for Dell EMC, will join CNCF’s Governing Board.

“Open source is the key to agility in today’s environment, where environments must be able to handle rapid change and evolution driven by software,” Bernstein said. “By joining CNCF, we are furthering our commitment to enabling transformation, while making software open, accessible and consumable as the heart of enterprise IT strategy.”

“The cloud native movement is increasingly spreading to all parts of the world, which is on display this week at our flagship event in Berlin,” said Dan Kohn, executive director of the CNFC.

“We’re excited to welcome new members from Europe and Asia and showcase some of the most prolific cloud native developers and users in the world at CloudNativeCon/KubeCon. As we gain more international members, CNCF is able to have a broader, deeper impact on the future of the cloud native ecosystem.”