Slough about to get another data center?

Slough Council this week agreed to dispose of the site, paving the way for a sale to an unnamed data center developer. 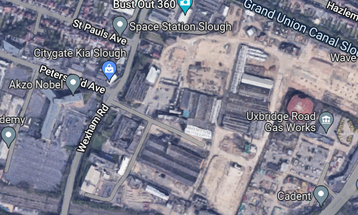 According to council documents, the asset was acquired for a total of £38.5 million (~$43m) from Panattoni in February 2021. The council planned to redevelop the site of the former Akzo Nobel paint factory and research and development facility on Wexham Road for a mixture of commercial and residential development with up 1,000 residential units to be delivered.

“In other words, the Council agreed to purchase a site and potentially embark on a project which would have committed the Council to at least £250m without any clear idea about how this was to be paid for or from where.”

As a result, the Council put the site up for sale and a preferred bidder has been selected. The deal could complete before the end of November 2022; the new unnamed buyer is seemingly proposing to turn the site into a data center.

“The early disposal of this significant asset is a key element of the Council’s new Corporate Plan, which includes a strategic priority to be “a Council that lives within its means, balances the budget and delivers best value for taxpayers and service users”,” the council said in a report.

The 11.5-acre brownfield site has outline planning consent for up to 1,000 dwellings and flexible commercial use and is currently designated for industrial use reflecting its former use by Akzo Nobel.

“Clearly, this was never a funded scheme, and the council bought the site with aspirations for residential but haven’t got any of the plans ready to financially deliver it and given our given financial situation, we clearly not going to be in a position deliver it for residential,” he added.

Cllr Sabia Akram said it was “unfortunate” the housing element cannot happen anymore, but the sale of the site was a “no brainer” as it will significantly reduce the council’s financial woes. However, Conservative leader Dexter Smith said he was cautious of the purchase, adding: “If something sounds too good to be true, then it probably is.”

Yondr is known to be developing a data center nearby. The company is planning to develop two buildings totaling 100W on the site of the former Uxbridge Road Gas Works and disused Akzo Nobel paint factory.

It seems this proposal is separate from the Yondr project; Yondr’s development is on the north side of the site, with the land sold referred to as the south side in the local press.