By
Ed Ansett, i3 Solutions Group 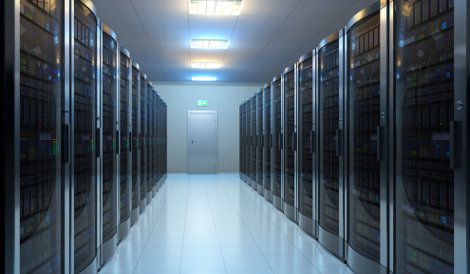 To commemorate the release of the 30th issue of DatacenterDynamics FOCUS, some of our more prolific bloggers reflected on the data center industry's last five years – the time the magazine has been covering the space.

Here are the thoughts of Ed Anset, managing partner of i3 Solutions and FOCUS blogger:

We don’t often get a chance to reflect on the changes our industry has gone through. With FOCUS celebrating its 30th edition, it seems like a good time to do so.

Ours is like a giant cottage industry, and if you compare it to history of the automobile industry, data centers were definitely pre-Model T back in 2008. Today, our industry is at the beginning of the Ford Model T era. I say this for many reasons, not the least of which is the advent of both pre-fabricated and standardized brick-and-mortar data centers.

In 2008, the two main areas that began to dominate were energy costs and the Cloud. Back then, hardware power supplies were highly inefficient. Efficiencies have improved, reaching more than 80%. I shouldn’t mention fan energy losses or DC-to-DC converter losses that are ignored. Oops… I mentioned the fans and converters. Seriously though, we’re making progress… slowly. Cooling and UPS efficiencies have genuinely improved

Of course there was the global financial crisis that pretty much wiped everything out for a while. Even the BRIC economies were slammed, as enterprises and governments around the world tried to figure out whether to stop, turn or reverse, and data center owners did the same, apart of course, from the colo firms who seized the opportunity to build, build, build, while corporations desperately offloaded poorly depreciating assets they owned and “OPEXed” them to colos or outsourced entire IT engines.

These three things have shaped the data center industry the most over the last five years, and their effects will be felt for many years to come.

Another interesting point is how FOCUS has changed over the last five years. With roots stemming from its predecessor Zero Downtime, it used to be a predominantly data center facilities read. As time progressed, IT-based topics were introduced. These days I’d say it’s well balanced across the data center disciplines. As our cottage industry matures, the disparity between IT and facilities silos and the intractable communication barriers between these disciplines are beginning to disappear. There seems to be an unwritten law that nudges our unregulated industry in the right direction, albeit, often at an excruciatingly slow pace. In other words, what could easily have been achieved in a few months takes years instead. This is because the industry is fairly unregulated and resistant to self education.

My hope is that over the next five years, more is done to educate people in the industry and that we emerge from the Model T era as a coordinated, educated, empathetic and well-regulated community.

Opinions reflected above are those of the author and do not necessarily represent the opinions of DatacenterDynamics FOCUS.

This piece originally ran in the 30th edition of the DatacenterDynamics FOCUS magazine. Subscribe for free on the DCD website.