The arrival of virtual reality, 3D video, persistent (and surprisingly welcome) surveillance and the Internet of things will change the future of data centers, while intelligent agents on the web will alter things for humans, according to keynotes at the DCD Enterprise event in New York today.

Futurist Robert Scoble predicted that Nvidia processors could gain ground and even eclipse Intel chips thanks to their use in computationally intensive new applications, while also predicting that privacy fears would not stop big data, as people came to terms with the benefits applicaitions can confer. Also on the stage, a panel led by IBM Watson executive Steve Abrams discussed changes that would come about as artificial agents begin to function as well as human beings. 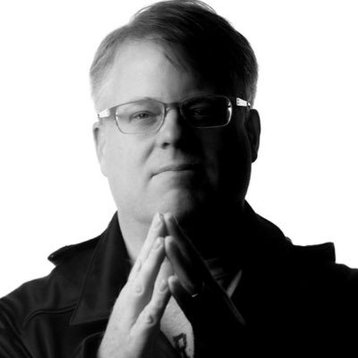 Many people are “freaked” by his keynotes, Scoble observed, as they point out the power that new technologies already have. He described applications that can buy things for users by tracking their eye movements, and an illustration of the benefits of sharing data on networks

Seated in a plane which was about to take off, Scoble had an alert from an app telling him the flight was cancelled. The app uses air traffic control data, and sure enough the pilot gave the bad news 20 minutes later. By that time Scoble had already booked one of the three remaining seats to his destination on an alternative flight, while others were scrabbling for hotel rooms: “Now tell me you don’t want to share your data!” he said.

Unlike other futurists, Scoble has data center industry credibility, having worked for Rackspace until last month, when he left to join Upload VR. He pointed out that Nvidia processors are widely used in Internet of Things applications and image intensive work such as VR and 360 video, and are being increasingly deployed in data centers. Some think they could overtake the Intel chips used for more traditional calculations. He also predicted that novel memory structures would be needed, but suggested the calls for edge data centers might be over-rated, as organizations like Google can use their own fiber.

From IBM’s Watson project, Steve Abrams outlined the differences that artificial intelligence will make, backed by a panel of the Watson partners who are applying the technology; for instance, Brian Hurley of Purple Forge is creating AI agents for customer service centers, so that self-service support can give reliable answers to users. Given the poor reputation of call center support staff and the systems they work in, this could be low-hanging fruit for AI to address, although if it actually works the closure of human-based call centers would cause a seismic shift in employment patterns.