The Swedish Data Center Industry Association (SDIA) has been formed, and plans to lobby with other Nordic industry groups for efficient IT and coordinated government initiatives.

The SDIA held its first meeting at the DCD>Energy Smart event in Stockholm on 1 April, and then took part with groups from Denmark, Norway and Finland in a regional meeting of iMasons Nordics, debating the way ahead for data centers in the region and the world. Among the first priorities is to make sure the region has a coordinated and fair approach to energy taxes, instead of competing amongst themselves. 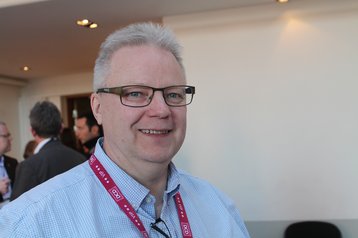 Hands around the Baltic

Sweden is the last major Nordic nation to form a data center industry group, and Tor Bjorn Minde, who is leading the SDIA, and is also the CEO and an adjunct professor at RISE, the Swedish research institute with a strong focus on data center efficiency, wants to help the industry progress: "It's time we stopped shooting ourselves in the foot, and cooperated," he said to DCD.

Among themselves, the Nordics have a vast supply of renewable energy, a good climate for data center operation, and abundant network bandwidth, as well as a strong culture of efficiency. Four years ago, nations like Finland were competing to lure data centers with lower energy taxes, but this is no longer needed, said Minde.

Norwegian infrastructure company Bulk is operating in three Nordic nations, with a Norwegian campus NO1 which has access to a multi-GW substation with potentially greater capacity than the whole of Ireland, said Peder Nærbo, CEO of Bulk: "Data centers need to locate where the renewable energy is located .

Danish and Finnish spokespeople also contributed to the meeting.