DCD>Energy Smart to focus on energy impact of bitcoin mining

DCD>Energy Smart event at the Stockholm Brewery Conference Center on 13 March 2018, will focus on the impact of cryptocurrency mining on data center design

As cryptocurrency mining uses more data center capacity, the DCD>Energy Smart event in Stockholm this March will gather bitcoin mining executives together with data center experts to discuss how the energy demands of bitcoin mining are affecting data center design, and how operators can seize the opportunities presented by the bitcoin wave.

To create each new coin, the bitcoin cryptocurrency system requires increasing amounts of computing power, and more electrical energy. While the world at large waits for the cryptocurrency to crash, the data center industry is is serving this runaway demand, by building a wave of data centers designed for low cost computing rather than resilience. 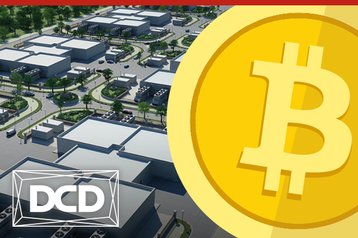 “Bitcoin mining is an extremely compute-intensive activity and the need for both electrical and computing power increases over time. Whilst traditional data center builds are focused around a reliable infrastructure with minimum downtime, cryptocurrency mining requires extreme power densities”, says Andre Horta, CEO at Bitcointoyou who will speak at the event this March.

The growing capacity and power demands of Blockchain infrastructure are a challenge to many data center providers. “Already cryptocurrency miners are choosing sites where the climate is cool and electricity is cheap, such as the Nordics”, says Anne Graf, CEO at Hydro66 who will join the bitcoin debate at the event.

“But in future, blockchain infrastructure will have to become even more energy efficient, because capacity requirements are increasing and the technology itself is designed to increase the amount of power required to secure the network and create new coins”, adds Graf.

“The bitcoin system is deliberately designed to make bitcoin harder to mine, through create artificial scarcity,” says Peter Judge, editor at DCD. “The blockchain technology it uses can handle only seven transactions per second. Some call bitcoin a shared delusion; whether or not this is true, it is clear that its demands are designed to increase, making it the antithesis of an energy-efficient system. As industrialized bitcoin miners compete, the system as a whole will waste ever-increasing amounts of energy, no matter how efficient each miner tries to be.”

Our DCD>Webscale will feature the next of our EnergySmart series. This exclusive pre conference will take place on June 25 at the Marriott Marquis San Francisco,to find out the latest information about EnergySmart click here. If you would like to join DCD>Webscale register here.