DatacenterDynamics has published the shortlist of finalists for this year’s European Data Center Industry Awards. The winners will be announced on December 10 in London.

The twelve awards categories received hundreds of entries from across the EMEA region, including UAE, UK, Turkey, the Netherlands, Spain, Ireland, Finland, Djibouti and Greece. 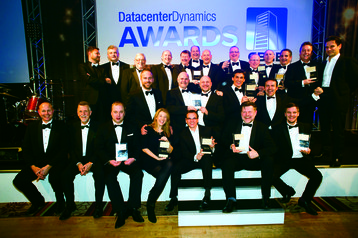 The winners of each category will be announced at a gala dinner and prize-giving ceremony at the Lancaster London Hotel on December 10.

The DatacenterDynamics EMEA Awards are part of a unique global series that provides worldwide recognition to outstanding individuals, teams and projects. In this complex and competitive market, there can be few greater accolades than to be awarded one these ‘Oscars’ through the rigorous judging of an independent panel of industry experts. Past winners have included many of the world’s leading brands, and every shortlisted finalist shares recognition for their exceptional performance and contribution to the market.

Cloud Journey of the Year

The Award for Outstanding Contribution to the Data Center Industry