DCI Data Centers has commenced construction in New Zealand on what is has said will be Auckland’s largest data center.

The data center, known as AKL02, is the second of two data centers planned by the company for Auckland, after receiving consent from the New Zealand Overseas Investment Office (OIO).

Once completed, the data center should be one of the largest cloud data centers in New Zealand. 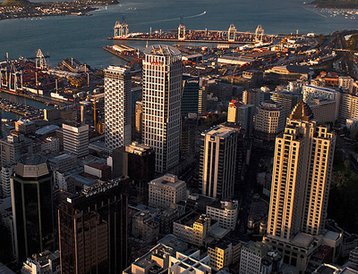 Announced at the beginning of this year, the 40MW AKL02 is intended to run on 100 percent renewable energy sources and the company said it aims to spend around NZ$600 million (~US$402m) on the project. The company has a 2024 go-live target date.

The data center's construction proceedings were inaugurated by a dawn blessing, where representatives of Ngāti Whātua o Kaipara blessed the five-hectare site on Auckland’s north shore, followed by a ground-breaking ceremony conducted by Minister for the Digital Economy and Communications, David Clark.

"It is fantastic to now have construction underway at our second site, which will help to meet strong demand, address a critical capacity gap in the area, and support the growth of the digital economy. AKL02 will be Auckland’s largest data center when complete.

"Working alongside both government and industry stakeholders, we’ve designed a highly-secure and sustainable data center that will enable the use of cloud technology to better protect data and information for all New Zealand organizations."

DCI is a portfolio company of Brookfield Asset Management. Brookfield managing director and chair of DCI data centers, Udhay Mathialagan said: "The New Zealand Government is focused on enabling the country to become a thriving digital nation where people, businesses, and government are all using technology to enhance their lives and livelihoods.

"We commend this approach and are pleased to be a partner of this endeavor, which will drive innovation, improve productivity and enhance quality of life for all New Zealanders."

DCI announced its first Auckland data center in 2021. Housed at its Westgate site and already fully leased, the 10MW AKL01 is expected to be ready for service in early 2023.

Between them, the two cloud data centers are expected to bring over NZ$600 million to the Auckland region with a combined economic value exceeding NZ$1.4 billion over the life of the projects. Each data center will create more than 150 jobs during construction and approximately 250 ongoing full-time equivalent jobs in supporting information and communications technology (ICT) industries once the site is operational.