Dominion Energy and Duke Energy have scrapped plans to build an $8bn natural gas pipeline that was to run along the Appalachian Trail.

Traveling through Virginia, the 600-mile Atlantic Coast Pipeline would have helped power a region home to the largest number of data centers in the world - but many of the companies operating there did not want the system to be built. Instead, the companies pushed for greener options.

Dominion and Duke announced the news on the Sunday of the 4th of July weekend.

No longer in the pipeline 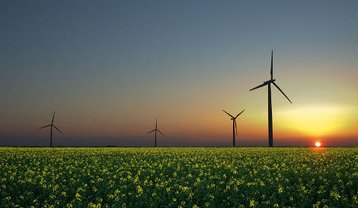 But, the companies said in a joint statement, "recent developments have created an unacceptable layer of uncertainty and anticipated delays for ACP."

The companies pointed to court losses in Montana about permitting for waterbody and wetland crossings, which they believed would prompt similar challenges in other Circuit courts.

"This new information and litigation risk, among other continuing execution risks, make the project too uncertain to justify investing more shareholder capital."

The two companies said that they had already invested "billions of dollars" in the project since it was announced six years ago, but did not disclose a specific cost.

Dominion and Duke CEOs Thomas Farrell and Lynn Good said that the "announcement reflects the increasing legal uncertainty that overhangs large-scale energy and industrial infrastructure development in the United States. Until these issues are resolved, the ability to satisfy the country's energy needs will be significantly challenged."

Since the election of President Donald Trump in 2016, federal regulations and restrictions on large infrastructure projects have been steadily eroded.

US Energy Secretary Dan Brouillette said that the cancellation was due to well-funded "activists." Prior to his work in government, Brouillette ran policy and lobbying for Ford Motor Company.

The pipeline has seen mass grassroots protests. Its ending was met with celebration by environmental groups.

"This is tremendous news for West Virginians, Virginians, and North Carolinians who deserve clean air, safe water and protection from climate change," Gillian Giannetti, an attorney with the Natural Resources Defense Council, said in a statement.

"As they abandon this dirty pipe dream, Dominion and Duke should now pivot to investing more in energy efficiency, wind and solar - that's how to provide jobs and a better future for all."

After announcing the news, Dominion said that it would also sell its natural gas assets to Berkshire Hathaway for $4 billion.

Warren Buffet's company will take control of over 7,700 miles of natural gas transmission lines, 900 billion cubic feet worth of gas storage, and $5.7 billion in debt.

In a joint letter delivered to Virginia’s State Corporation Commission, the companies said that renewable energy was cleaner - and often cheaper. At the time, Greenpeace estimated that the companies that submitted the letter represent over 50 percent of the more than 4GW of data center electricity demand projected in Virginia.

"Companies providing or using data centers are proud to offer fast, high-quality Internet and cloud services, and we are grateful for access to abundant, reliable, low-cost energy that enables us to do so," the letter said.

"However, a clean, flexible, and dynamic grid - replete with renewable energy and modern energy technologies - is the way of the future. It is vital that the energy investments being made today are forward-thinking and truly serve the best interest of ratepayers, the economy, and the planet for generations to come."