And announces new members including IBM and Intel

Europe's Climate Neutral Data Centre Pact, a movement to eliminate the environmental footprint of data centers by 2030, has taken a set of proposals to the European Union, and announced 18 more members.

The group of cloud and data center operators, which launched in January 2021, has fleshed out its initial goals to set 19 proposals (PDF) in front of the EU. Under these promises, the group says the data center sector can become climate neutral by 2030, leading the EU's drive to become a climate-neutral continent by 2050. 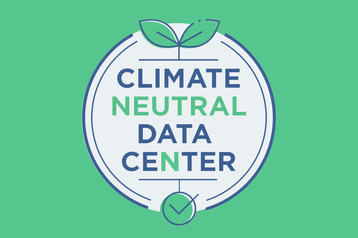 The European Union has pledged to be the first carbon-neutral continent by 2050, an effort that will require it to regulate many industries. The data center industry would rather be proactive and so the Pact has submitted a "Self-Regulatory Initiative Policy Proposal," which it says will enable the sector to meet the EU's goals by 2030. The proposals are suggestions for how the EU and the industry can jointly regulate the sector to reach their joint goals. They also point to the value of an environmentally-friendly cloud to enable other sectors to reduce their own footprints through digitization.

“The digitalization of our society and economy is key to the green transition, and a green cloud and green data centers will need to underpin this transformation," said Alban Schmutz, chairman of CISPE (Cloud Infrastructure Services Providers in Europe). "This policy paper sets out how we can get there faster, and how the European Union and its Member States can ensure that Europe is on the lead in the fight for a net-zero and digital future.”

Since its launch, the Pact has signed up further members, and now represents 90 percent of Europe's cloud and data center sector, with 54 members and 22 associations that cover most of the key players. Members have committed to the broad aims set out at the pact's launch in January: to use energy efficiently and to boost renewable energy production and while promoting a circular economy for natural resources. The group wants to encourage water conservation, to promote reuse and repair of servers, and look for ways to reuse waste heat.

Signatories have agreed to meet measurable energy efficiency targets, developed from industry approaches like PUE, to purchase 100 percent carbon-free energy, to prioritize water conservation, and to reuse and repair servers, as well as to look for ways to recycle heat.

“We believe that what IBM, and other members of the Climate Neutral Data Centre Pact commit to deliver is crucial to the systemic change Europe is embarking on to become a net-zero GHG emissions economy by 2050," said Edan Dionne, VP, environmental, energy & chemical management programs for new signatory IBM.

The pact has most recommendations (six of them) in the area of encouraging green energy, where it wants to see clear goals from member states and a move to integrate data centers as part of a smart grid.

In energy efficiency, it asks that smaller operators (SMEs) get support to implement technology which large operators find it easier to install. It also asks for more support for research in measures to continue increasing data center efficiency

To reduce water use, the Pact wants to see more use of industrial and non-potable water in data centers, so drinkable water goes to people.

To encourage repair of equipment, the Pact asks the EU to be aware that there are complex supply chains, and components will have to cross borders.

In heat recovery, the Pact proposes that administrations recognize that heat is a source of energy and is worth using, even if the infrastructure to do so requires investment - and may actually reduce a data centers notional efficiency, its PUE. It also asks for incentives to use waste heat, and a removal of any barriers to doing so: "We recommend that the European Commission enact a policy framework that supports all energy-intensive industries to pursue heat recovery opportunities where feasible, as opposed to a prescriptive policy framework which would add cost and complexity for unsuitable sites."