Residents of Alexandria, Northern Virginia have successfully blocked a plan which could have put a 30MW data center within the Washington Beltway.

Homeowners turned up last night to a meeting of the Fairfax County Planning Commission to object to a rezoning proposal that would have allowed an entire 34-acre building to be redeveloped as a data center - and the Commission announced that the plan had been deferred "indefinitely." 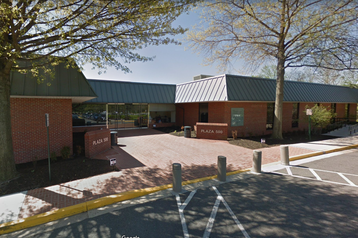 In the meeting, which was recorded residents heard that the commission had already decided to reject the proposal, before the developer withdrew.

The commission was considering a proposal to rezone Plaza 500 at 6295 Edsall Rd in the Bren Mar district of Alexandria, a city seven miles south of Washington DC. The plan would reallocate the whole 500,000 sq ft building for "general industrial" use, a category that includes data centers.

The Plaza, which dates from the 1970s, is currently divided between light industrial (I-3) and general industrial (I-5) use, and houses businesses including a lumber company, a moving company, and a fitness center.

It was bought for $165 million earlier this year by a business going under the name "Plaza 500 Property Owner."

Bren Mar residents uncovered links to Starwood Capital Group, a developer which already has other data center projects under way internationally, and started a campaigning website.

At the meeting, Julie Strandlie, planning commssioner for the Mason Districct, said: "Last night I informed the applicants counsel that I intended to offer a motion that the Board of Supervisors deny this application...soon thereafter the applicant via their attorney notified me that they had decided to forego a decision on the application and would instead request an indefinite deferral"

Strandlie described meeting residents and the developer, in which it became clear that "A fully zoned I-5 parcel could accommodate a massive data center as a by-right development adjacent to residential housing with no public input"

The applicant offered to make certain improvements to the building, and gave a list of permitted I-5 uses which it would forego (such as a crematorium), but the list did not include the words "data center".

"The staff raised concerns, the community strongly opposed, the City of Alexandria contacted staff to express concern, the Mason District Land Use Committee asked me to recommend the denial, and I did not detect any support among my fellow commissioners for this application that is now before us," said Strandlie. "During the deferral we also heard from dozens of neighbors who were opposed to the application"

The meeting was told the developer had requested an indefinite deferral on its plans, which the committee voted to accept. If the applicant wants to proceed again in future, it will require a new planning commission hearing with public consultation, said Strandlie.

"We’re ecstatic at the decision to essentially defer the application indefinitely however our concern long term is it’s not a complete denial," Bren Mar resident Mary Bowen told Fox 5 News. "So what does that mean down the road? We will all be watching it very closely."