The company says that its modular floating data center design means that both facilities could be deployed in under 12 months. 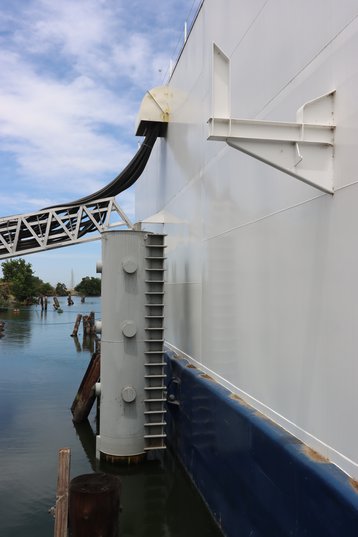 The data centers will grow to 7.5MW, with the Los Angeles data center initially set to be 5MW in its first phase.

That data center will have direct access to the One Wilshire Campus, and is set to be located at AltaSea, a marine science research hub at the Port of Los Angeles.

“Nautilus will be an integral part of our mission to demonstrate and commercialize marine-related technology in the most sustainable way possible,” said Terry Tamminen, president and CEO of AltaSea. “We’re happy to have a data center that is at the forefront of 'blue economy' innovation in our area.”

The Marseille data center is less than three kilometers from the nearest cable landing station, the company said.

“As France’s second largest data center market, we didn’t want to bring just any data center to our location. We wanted to bring a data center that truly considers its effect on the community. A data center that doesn’t waste our resources and runs with less power,” Monsieur Hervé Martel, chief executive officer of the Marseille Port Authority, said.

"We’re very proud to have Nautilus as a partner.”

The company has an existing barge data center in Stockton, California, which we visited earlier this year, and plans to build a land-based water-cooled data center in Maine.