Steve Smith has been appointed the CEO of Zayo Group Holdings.

Smith was previously CEO of Equinix, but in 2018 resigned with immediate effect “after exercising poor judgment with respect to an employee matter.”

Zayo's prior CEO, Dan Caruso, has joined the company's board. 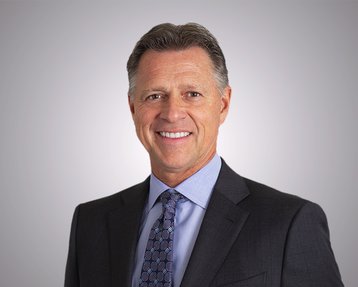 Smith spent over a decade as head of Equinix, helping grow the company's value from $2 billion to $34 billion, with 200 data centers across 52 markets. After his abrupt departure, he took a job as a managing director of the private equity firm GI Partners.

“I’m excited to join Zayo as it begins its journey as a private company backed by two of the world’s largest infrastructure investors,” said Smith.

“Dan and I have known one another and partnered together as Zayo and Equinix emerged as the global leaders in their respective digital infrastructure segments.”

Zayo's owners Digital Colony and EQT selected Smith to run the company. “Steve’s track record successfully managing growing digital infrastructure businesses while maintaining high levels of operational reliability and excellence is the perfect fit for Zayo as it enters the next phase of its growth,” said Marc Ganzi, president and CEO of Colony Capital and Digital Colony.

“Steve will have big shoes to fill. Dan built an amazing company in just over a decade and we look forward to benefiting from his contributions as a key member of our Board of Directors.”

Caruso said that he was "pleased to hand the Zayo baton to Steve," adding that "Zayo will solidify its position as the world’s leading provider of bandwidth connectivity.”

Zayo is in the midst of selling off its 44 data centers to DataBank, a company also majority-owned by Colony Capital. It will continue to rent space in the facilities, and provide connectivity solutions between data centers.