France-IX, the international Internet exchange point, is expanding its reach in Marseille this summer by opening a second point-of-presence (PoP) in Jaguar Network’s MRS01 data center. This expansion, made possible by the ongoing growth of its first Marseille PoP, increases capacity for new users looking to benefit from peering in Marseille.

The France-IX hub in Marseille includes global content providers and carriers such as Amazon, Google, Microsoft, Seacom and WIOCC, which have chosen Marseille to be their preferred point-of-peering location because it offers high-speed access for carriers across the Middle East and Africa.

By interconnecting global content providers and carriers in Marseille, services such as video streaming, file sharing and more can be accessed by end-users quickly in the EMEA region where there is increased demand for faster connectivity.

Forging a Marseille community of peers 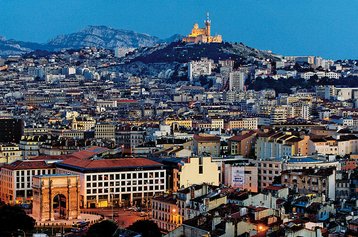 As a telecom hub, the France-IX Internet exchange point’s primary job is to connect different Internet networks over a single platform and provide maximum efficiency, performance and economy. “When we launched France-IX in Paris in 2010, we had to fix a chaotic situation: the French networks community was split into just under 10 Internet exchange points and the international community had decided to exclude France from its interconnection plans, even though this country was, and still is, highly attractive in terms of connectivity,” said Franck Simon, Managing Director at France-IX.

However, France-IX never intended for Paris to be its only focus, as Franck explains: “We always believed in the success of Marseille and we have been working on building an international peering community in this city since 2012. The results of our efforts are now being realised and Marseille is even attracting interest from other Internet exchange points. We will continue to do all we can to avoid the community becoming split - the power is in the community.”

France-IX will now be able to offer an alternative, as well as a complement, to its members already connected through the first PoP. Two differentiated end-to-end paths of dark fibers will be deployed to both sites, allowing a permanent interconnection between the two PoPs, improving disaster recovery potential of the networks already present in Marseille. Kévin Polizzi, president of Jaguar Network said: “We designed and built the site with the needs of wholesale operators, cloud providers and enterprises in mind, in order to provide a complete and certified range of services.”

France-IX has already interconnected over 20 networks at its first PoP in Marseille. These organisations consist primarily of French and international content delivery networks along with, Middle-Eastern and African operators.

“We will replicate the equipment deployment that we have in our first PoP at the Interxion MRS1 datacentre. These switches and routers can connect in excess of 60 optical ports. We estimate that at least a dozen additional members are likely to become connected before the end of 2015,” said Simon.

Jaguar also expects better times ahead. “We’re seeing a rise in demand from the EMEA region (Europe, Middle-East, Africa), which confirms the international status of Marseille. By joining forces, we are confident that the number of peers will double in 2016,” said Polizzi.