Google gets behind microservices with Managed Istio

A tool to manage Kubernetes deployments, both on-premises and in the cloud

Google has announced that Istio, a tool used to connect, manage and secure microservices, will soon hit release version 1.0.

In the meantime, the cloud giant has launched alpha version of Managed Istio, a hosted version of the software for the Google Kubernetes Engine. 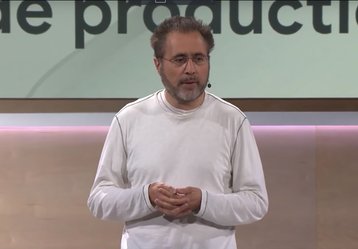 Google was one of the creators of the open source Istio project, which was envisioned as a platform to help organizations orchestrate microservices.

Microservices represent an emerging architecture that structures applications as collections of loosely coupled services to simplify development, deployment and updates. In order to do this, microservices reliy on Linux-based application containers, managed through tools like Kubernetes.

Istio creates a “service mesh” with the purpose of routing traffic between different parts of an application in a secure and robust manner. This allows developers of individual services to focus on implementing capabilities rather than the particulars of how they communicate.

“In collaboration with several industry partners, we announced Istio [last year], an open-source service mesh that gives operators the controls they need to manage microservices at scale. We are excited to say that open-source Istio will move to version 1.0 shortly, making it ready for production deployments,” wrote Urs Hölzle, senior VP for technical infrastructure at Google.

Known as the eighth employee hired by Google, Hölzle is credited with shaping much of the company’s infrastructure and development processes. A keen believer in Istio, he once opined that its service-mesh technology could one day become as important as Kubernetes itself.

In a press conference following his on-stage announcement, Hölzle said he was optimistic that Istio will gain widespread adoption in the next two years: “My expectation would be that 90% of Kubernetes users use Istio two years from now.”

“It is such a natural extension to what Kubernetes provide, that it almost feels like the next Kubernetes version, so to speak. It’s done by the same team; this is not two separate teams with separate philosophies and separate ideas. The two really work really well together,” he explained.

Hölzle was also quick to acknowledge that the software project is still in its early days. “Istio just turned 1.0. Until now, it was relatively unknown outside of the more advanced users of Kubernetes; it is seeing very little usage because it wasn’t production-ready.”