Google is beginning to pay property taxes on its first Oregon data center, as a 15-year tax break has expired.

The company has received a $5.2 million tax bill from Wasco County for the facility in The Dalles which it built in 2006, according to The Oregonian. That's a small amount of money for Google but will apparently boost Wasco's property tax revenue by around 12 percent. 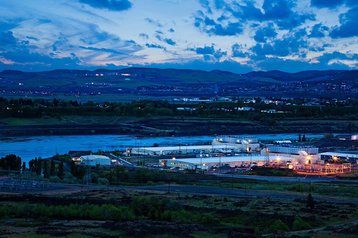 The Dalles data center was Google's first purpose-built facility anywhere and benefited from generous tax concessions, which The Oregonian calculates have saved it $240 million over the last 15 years.

Since it opened in the Dalles, Google has built further facilities there, and been granted further tax breaks for subsequent buildings. the company has expanded to other sites in Oregon, and in 2021 was granted further concessions on two new buildings, but hit controversy when The Dalles sued the local paper, The Oregonian to keep Google's water use secret. before signing a deal to provide that water.

This year, the first tax exemptions on that 2006 data center have run out. Wasco County valued the data center, including its land and equipment, at $335 million, and sent a tax bill.

The Oregonian reports that locals had speculated that restocking the old facility with older equipment to reduce the bill, or simply close it down. As the first data center which Google built, it's not been clear how long it would last.

If Google is happy to pay taxes on The Dalles, then it could be good news for other parts of Oregon says the paper: "Google’s decision to continue operating its first one is encouraging for officials in Prineville, Morrow County, and Umatilla County, who have large data centers owned by other tech giants hitting the tax rolls over the next several years."

But the paper warns that any sudden decision to close the facility in the future would leave a hole in local finances.