GCP region to be based in ADC facility, which set to open in 2023

“We are at a point where the plan to establish a data center region in South Africa is going to happen and these things take about two years to materialize. We compete with the best in the world, and a big part of being competitive is about investing in infrastructure,” he said. 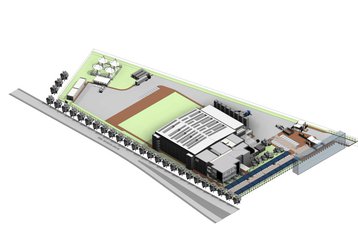 “In the kind of space we are operating in, we have to have a data center – we are dealing with data and we have cloud customers that rely on us for data-related services – so data centers definitely make sense, and in the medium- to long-term those plans have to come on stream.”

Reports from June suggest Google will be locating its data center inside an upcoming Africa Data Centres (ADC) facility in Cape Town.

ADC announced plans for the new data center in June; The 20MW facility will cover 15,000 square meters in eight data halls. The company is currently in the initial design phase, with work set to start on site in the last quarter of 2022. Completion is scheduled for the end of 2023.

In 2019, Google previously told ITWeb it had no plans to establish a cloud region or data center in Africa, but was planned to get into the African market "at some point." It is the last of the major US cloud players to enter the South African data center market.

Microsoft opened an Azure region in Johannesburg in 2019; it was opened alongside a Cape Town region that is no longer listed. The Cape Town region was removed at the start of 2021 and may have been re-classed as a ‘reserve access region’ as has previously happened with its Stavanger region in Norway.

First announced in 2018, AWS launched a Cape Town region in 2020 and has an Edge location in Johannesburg.

Oracle has one cloud region in Johannesburg that opened at the start of the year. The company aims to have two cloud regions in every country it is present in for resiliency.