Xcel energy will provide 300MW of wind power for the facility, 150MW of which will come through a power purchase agreement with Dakota Range III, a planned wind farm in South Dakota. 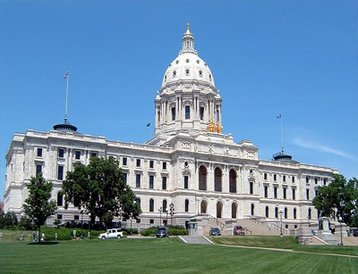 Wind in the sails

The Dakota Range III has not been approved yet but aims to be operational by 2020. Where Xcel will procure the other 150MW of wind power has not been agreed yet.

Filings from the Minnesota Public Utilities Commission detailed why Xcel chose the Dakota Range III and also shed some light on when Google’s facility will open, describing the South Dakota wind farm as: ““The lowest-cost project as well as the project with the best interconnection position."

The filings also noted that Xcel was seeking a wind farm that could be in-service by the time the data center becomes operational, which Xcel has slated for sometime in 2021.

Xcel filed a petition for its power purchase agreement with Dakota Range III on December 13, 2018, a month before Google filed for the proposed data center in Becker. At the time, Google was operating under the name Honey Crisp when dealing with local government and under “The C&L customer” when working with its potential energy suppliers.

A Google representative said: “This is a first of its kind structure that provides long term clean energy to a corporate purchaser, and the proposed rate structure provides Google with very important certainty into our electricity costs at the data center. Electricity is the largest component of our operational expenditures at the facilities.”

At this stage it is still not a given that the tech giant will build in Becker. If the plans move forward, Google will build the 375,000 square foot (35,000 sq m) data center on roughly 300 acres of land owned by Xcel Energy near Sherburne County’s Generating Station, the largest coal-burning plant in the Upper Midwest.

Two of the three coal generators on Xcel’s site are due to be closed over the next seven years.

Becker Mayor Tracy Bertram previously said that closing the generating stations would result in a loss of 350 jobs and could cost the local economy $200 million plus.

In filings with the Minnesota Public Utilities Commission, Google said the data center could create about 2,300 construction jobs for 18-24 months, and at least 50 permanent tech jobs.