Turns out that not everyone in this valley is happy

The town of Happy Valley-Goose Bay in Newfoundland, Canada, has denied two applications for a local data center.

The town previously shut down a facility run by the applicant, Crypto Boreas, for operating without the necessary permits. 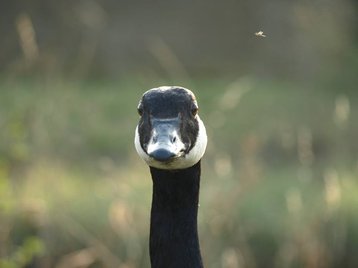 Company owner Akm Moynul Haque filed two applications for potential data center sites: one on the grounds of the Amurak Golf Club, and another on the stretch of land along the Trans-Labrador Highway just below the MOT hill. But the former is zoned as commercial land, and the latter - rural.

“He’s asking council to approve one or the other,” Bert Pomeroy, Deputy Mayor of Happy Valley-Goose Bay, told the Labradorian.

“There was a lot of discussion on this at the committee level. It was felt that allowing a data center, particularly mobile data centers, to spring up in rural zones is not something the committee felt comfortable with.”

The facility was to be a modular data center housed in shipping containers.

“I have to try something,” Haque said. “The Town isn’t giving me any direction on how to pursue. I have taken out huge loans for this so I have to figure out something.”

Haque is also appealing the town's decision to issue a stop work order on the data center operated by the company illegally; for several years, the facility on St. Laurent Street was located in a Mixed Development area, not zoned for data centers.

“It has been three months now with the appeal and it doesn’t seem to be active on anything, I don’t know when that’s happening. It seems the town has a strong stance against investment here.”

In August, Haque told CBC Radio's Labrador Morning that he had "some deficiency in terms of paperwork," but had made an "honest mistake."

At the time, Pomeroy said that the town wasn't properly informed about the data center and only found out because of the amount of power it consumed. Relations between the data center operator and the town quickly deteriorated, even before the ban, with Mayor Nick Brown calling the 1.5-2MW facility a drain.

A previous version of this article referred to Great North Data, which also operates in the region, we regret the error.