Iceotope and Intel have run a comparative test between their new Ku:l Data Center Precision Immersion Cooling Solution and air-cooling.

Conducted in lab-testing conditions, the system saved 30 percent at scale based on typical cooling power usage effectiveness (PUE) of 1.4 in air, and 1.04 in liquid-cooled data centers.

In order to test this efficiency, a 19.6kW load comprising HPE ProLiant DL380 Gen10 servers was put under maximum stress levels and cooled using either air cooling or the Ku:l solution. 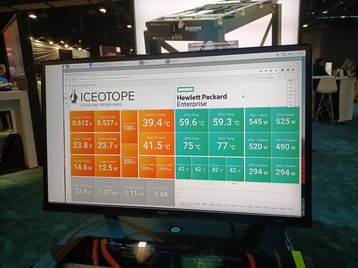 The Iceotope solution enabled a 4 percent increase in performance, with zero throttling (fluctuation) in higher ambient temperatures at the server level, and 1kW less energy at a rack level.

Iceotope Director of Product Strategy, Jason Matteson said: “The processing requirements for ubiquitous AI and high-performance applications across the board are already creating a sustainability dilemma for operators. Accommodating a precipitous increase in chip power at the same time as lowering carbon emissions in distributed edge locations as well as data centers is problematic. Iceotope’s Ku:l Data Center demonstrates a very practical response to an urgent need for a paradigm shift in data center design.”

The planned Ku:l Data Center solution was announced in 2019 as a collaborative effort between Iceotope, Avnet, and Schneider Electric, and is in collaboration with Intel and HPE. 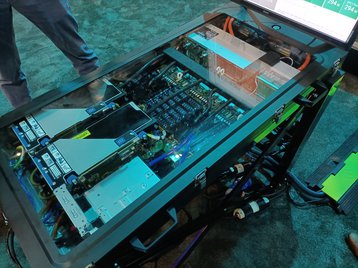 The Ku:l Data Center solution is currently being used by an unnamed UK-based aerospace company, and is now available for deployment.

Intel is investing in liquid cooling, and recently announced plans for an open IP immersion cooling design. Though it didn't provide details, the chip giant has previously partnered with Submer and GRC for immersion cooling.